The tears of Demeter 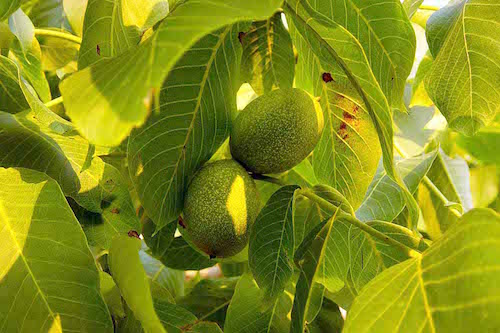 Last week visitors to the Partenon in Athens could have been forgiven for thinking they were back in Ancient Times: a high priestess, dressed in a white robe from Ancient Times, raised her arms to heaven and cried out for Athena, the goddess of wisdom and the capital of Greece. She asked the goddess to take better care of her property. The prayer was a protest against the opening of a new museum at the foot of the Acropolis.

This wasn’t meant to be a humorous protest. The high priestess is a member of the Ellinais, a small group of people who want to bring back the ancient Greek gods: The Holy Association of Greek Ancient Religion Believers. They recently gained recognition as an official religion. The Athenian union counts tens of members, most of them academics, lawyers and other professionals. Their aim is peace in the world, ecological awareness and the right to education for everybody.

In Greece it’s forbidden to hold rituals in archeological sites. But the Ellinais have no other place to pray to their gods than the old temples of the ancient gods so they often break that law. Last January they held an illegal ceremony in an ancient temple of Zeus in Athens, getting plenty of publicity because it was the first ceremony for Zeus held for 1600 years, ever since the Romans banned worship of all the Greek gods.

It’s understandable that so many times one refers back to the ancient gods: Greece has such a rich history of gods and myths. And in some ways the Greeks still believe in more than one god. Instead of praying to the different gods, they now pray to the various saints of the Orthodox Church, in the small churches and chapels that are dotted around the country. Each saint has his own area of influence, just as the ancient gods had their own domains.

Although there are no saints for the weather or the seasons, mythology attempts to explain why there are four seasons: When Persephone, daughter of Demeter, goddess of the harvest, was abducted by Hades and brought into the underworld, Demeter became so sad that everything stopped growing on earth. The lord of the Gods, Zeus, had to intervene to save the earth and with his help they made a deal: Persephone would live half the year in the underworld and half the year on earth. So when Persephone comes back to earth Demeter is so happy that springs starts and when Persephone goes back to the underworld, autumn starts.

We should be sad that Persephone left us. But I love it when the Ftinoporo (autumn) starts. Temperatures cool down and nature displays its fruits: figs, grapes, walnuts, pinenuts and almonds. Followed later by quinces, apples, pears and chestnuts. After the first rains snails will appear (well, they don’t really fall off trees) and mushrooms.

Now it’s wonderful at the beach, but autumn also means that lounging at the beach is over: the fig fever (see Lesvos news 2006: fig fever) arrived and it’s getting busy: picking figs, drying them, conserving them, conserving pears, gathering walnuts and pealing them, picking pinenuts and almonds. The sweet autumn tears from Demeter are like angels on your tongue (Angels on your tongue is a Dutch expression for something very delicious).

Figs make a beautiful combination with walnuts. The walnuts are beaten out of the tree in their green skins and then this skin has to be removed and the nuts dried when you want to conserve them. But watch out when peeling them: your hands will get stained brown because of a pignment that will stay for days on your hands. In earlier times they made a dye from the walnut skins to colour clothes, furniture and hair. The skin from trees and nuts and the leaves as well are used in curing a long list of diseases such as skin disease, perspiring feet and infections of the stomach or intestines.

Walnuts are very popular in Greece for cookies and cakes, like the famous and very sweet baklava. Lesvos doesn’t have its own famous special dish with walnuts, but the island of Corfu has one I’ll give you. Sikomaida has the characteristic dark autumn taste of nuts and figs, it has a fresh taste because of the grapes and it’s not too sweet: a dish worthy of the gods.

When you see all this bounty of fruit on the island, you should thank the gods. I should become a member of the Ellinais to be able to communicate with the ancient gods. Because I have no idea which saint is responsible for this abundance of fruit. I’d better secretly light a candle in one of the many churches to thank Demeter…

If using fresh figs, cut them and leave them for a few days to dry in the sun. When you have dried figs sprinkle them with some ouzo so that they soften. Chop the figs into small pieces and mix all the other ingredients (except for the leaves and the string) together until they form a stiff dough. Form thick cookies of it and let them dry in the sun or for 2 hours in a medium hot oven, with the door a little open. Wrap the cakes in the leaves and wind the string all round it to seal it. You can keep them for several months stored in a cool place.