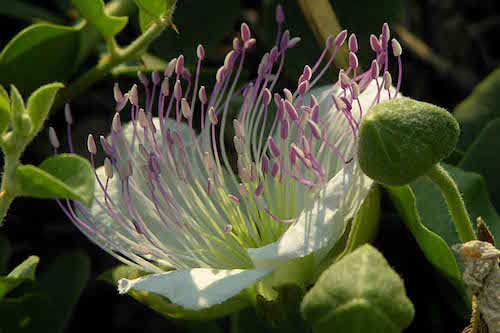 Greece has so many islands that nobody can count them. That’s what I think when I read on Wikipedia that this country of Olympic gods has 1200 to 6000 islands. Most of them are probably so small that you do not notice them. Wikipedia gives a definition: “An island is a piece of land, on all sides surrounded by water, smaller than a continent but bigger than a rock or a sandbank.” Meaning when you have two rocks sticking out of the sea, it is officially an island. This explains why it is nearly impossible to count all islands of Greece.

The islands that are inhabited are easier to count: between 166 and 227. However it still seems odd that there is no exact number. Might it be that some 60 islands are some years inhabited and in other years deserted? The islands are at least divided into an exact number of groups: Cyclades, Dodecaneses, Sporades, Saronic, Ionic and Nord Aegean islands, to which Lesvos belongs, together with Chios, Samos, Ikaria and Lemnos.

Each island is a world of its own. They all have their own history, culture and climate. For instance the bright yellow broom on Lesvos will have finished its blooming, while on the more southern Samos it will still be spreading its sweet fragrance. On Samos you will also find blood-red anemones, while on Lesvos they will be long gone. On Samos you’ll see trees heavy with sweet oranges, a fruit only to be seen in the winter on Lesvos. I have been told that those are the ‘so-called’ summer oranges. I never knew those existed, but what a juicy treat!

Samos conquered the world with its sweet dessert wine, but great white and red wine is also produced in its vineyards, the vines gathering as much sun as possible high in the mountains. There you will also find thick sweet honey, due to the many flowers growing wild. Lesvos also has tasty honey, but the island is far less green than Samos, which in certain places looks more like a jungle. There you will hear the jackals crying at night (no other Greek island has jackals); yet there is barely space for grazing sheep and goats, plenty of which you will find on Lesvos.

Many lovers of flowers weep at seeing a place shaved bare by sheep where once rare orchids flowered (sacrified to the excellent goat and sheep cheeses the island exports).

In ancient times Lesvos wine was even more famous than that of Samos, but that skill never came back. It is now ouzo for which Lesvos is famous — distilled following centuries’ old spice recipes. On each Greek island you will find Lesvian ouzo like Babayannis, but I must admit that the Samian ouzo Giokarini might be equally good.

When I regularly came to Chios and I told people there that on Lesvos they eat flowers, more than one Chiot had a big laugh because of its silly neighbours. Stuffed courgette flowers are unknown on Chios. There they throw plenty of capers and even caper apples over all their salads, while lots of people on Lesvos do not even know that there are caper plants on their island and have no idea what they look like. I have to admit that the caper bushes don’t grow everywhere on the island, contrary to Samos, where they seem to have as many caper bushes as they have grapevines. But on Samos I never saw a single caper on my plate*. There, available in each restaurant are the chickpea balls, while those are, as far as I know, only on the menu of one restaurant on Lesvos — Meltemi in Skamnioudi, and those are far more tasteful than all the chickpea balls I ate on Samos.

Salted fish, a beloved appetizer on Lesvos, was absent from most Samian menus (only marinated anchovy). Like the sardelles pastes, a speciality on Lesvos, made from the famous sardines from the Gulf of Kalloni, one restaurant on Samos offered salted sardines, but they were salted days before. I did not dare to order them. According to Lesvian cooks, the fish should be salted just a day to half a day before they are eaten. This way they keep creamy and soft. Furthermore sardines should be served only during high summer, when they have eaten their bellies thick and round. In June the real sardines time starts.

Each island has its own speciality: dried capers from Santorini, haloumi cheese from Cyprus, mastica from Chios, wines from Lemnos and so on. When counting the islands is already a difficult job, what a Herculian task it would be to register all those specialities? How many culinary treats do all those other islands still hide?

*Restaurant Eptastadio, just before Pappa’s Beach in Ireon (Samos), does serve capers in some dishes. It is beautiful situated and has wonderful food. Worth visiting!