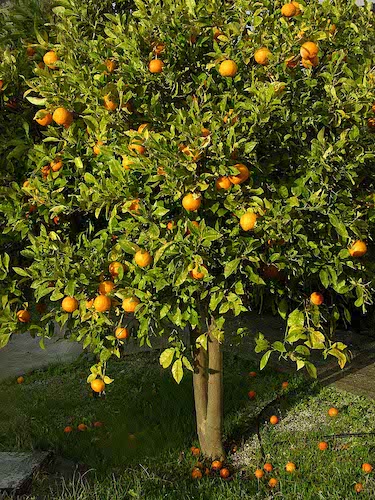 We are in the midst of the olive harvest. Some farmers have already emptied their trees, in advance of winter. Others wait for more rain, which can improve the quality of the oil. They of course take a risk that malicious storms may blow all the olives out of their trees like last week, when the wind started behaving badly, even though the temperature approached summerly levels. The southern storm blew roofs off buildings in Istanbul and even stopped all traffic on the busy Bosporus. On Lesvos the fierce wind only uprooted some trees and caused the return of some planes to Athens. Next it was a western storm that showed his strength and had beaches thrown onto the streets, though the trees were not impacted by the high rising waves that knocked furiously against the quays.

After such storms you might expect all the trees to have been emptied; but then you do not know the stubbornness of pomegranates who refuse to let go of their branches, or the last quinces that hold on, rotting in the trees. And then there are the now ripening lemons, tangerines and oranges that hang in the trees as Christmas decorations: super strong. It would be quite a storm to get all that fruit to the ground, they must be divine trees. For now, most of the fruit still hang in their trees.

It’s the bitter, sour, marmalade, bigarade or Seville oranges (in Greek neranji) that are now ripening. There are a lot of names for the Citrus aurantium, which are hard to find in northern countries like England, but fall en masse from the trees in Greece and in Spain. The Seville orange gets its name from the fact that the streets of this Spanish city are home to some 50,000 bitter orange trees. Most of the fruit of these trees are exported to England, where they make the popular marmalade. The streets of Athens are also decorated with these trees. The inhabitants however never dare to harvest the fruit for consumption: they think their city too polluted for that.

Lesvos has sweet as well as sour oranges. When I see an orange tree showing off its colourful fruit, I think of the gorgeous sweet juice, but most trees on the island bear the bitter fruit, whose juice is practically undrinkable. Although English marmalade is not my favorite; the only product that I’d get out of bed for (other than orange liqueur) is the sugared peel of this fruit. It has a far thicker peel than its sweet sister, and can be turned into a crunchy sweet with lots of sugar.

Bitter oranges are less and less wanted on Lesvos which means one of their only remaining tasks is a decorative one. This year I couldn’t stand this waste and decided to make that notorious marmalade. Which turned out to be okay. Even more tasty was my homemade bread. I added two big spoonfuls of marmalade and some thyme, rosemary and majoran to the dough. This way some sour oranges from the neighborhood at least had a destiny, although there is no way I can turn the fruit of one tree into marmalade: that would require a sugar cane plantation.

For years the Spanish have sold Seville oranges to the English; those may have been a bit contaminated. That’s why for a few years now, those famous Sevilla oranges no longer come from that Spanish city, but from other regions with fresher air. Meaning that the Sevillians, just like the Athenians, got plagued by tons of orange balls that fall off the trees on the streets, creating rubbish. Now there is a smart Spanish energy company that harvests all that fruit in the city to turn its yellow juice onto green energy! This year they expect that the trees of Seville will bear millions of kilos of oranges — creating energy for some 73,000 households during the harvest period, which is mainly in wintertime.

It seems to me a super plan to get energy out of oranges. These dark green decorative trees also provide a heavenly fragrance once they open their blossoms. Wind turbines offer nothing of the sort; they only whisper loudly in places you would not have wanted to see them. We’d be better to plant the island full of orange trees rather than with wind turbines. What a gorgeous invention!