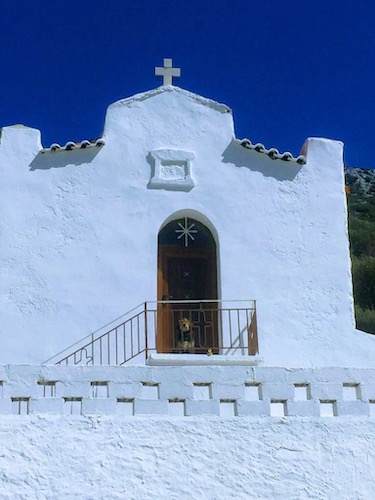 In ancient times Greeks were not playing cards during New Year in order to ensure luck for the coming year. They didn’t throw pomegranates on New Year’s Day; nor did they carry water, in silence, from a holy source to their homes; nor was a cake presented with a hidden coin (causing many teeth to be broken). Neither did Agios Vassilis visit the children and bring presents. In ancient Greece there was no such thing as New Years Eve as we have it now.

They did have calendars in those early times, to mark the seasons and glorify the Gods. Each city state, within the Hellenic world, had their own calendar. This didn’t mean that there were no opportunities to celebrate: there were many festivals involving dancing, singing, sports, food, drink as well as ones where sacrifices were performed. These were not to ask for luck for a coming year – but to thank a god for a good harvest or to calm him down.

Once the city Elevtherae presented a wooden statue of Dionysus to the city of Athens, to signify their separation from Boeotia and their fusion with Attica. Maybe the statue had too big a willy; the fact is that Athens refused that gift. This resulted in a horrible plague breaking out, affecting male genitalia. To placate Dionysus, Athens quickly organized processions where huge phalluses, wine and the statue were walked all around the city. Later, competitions for plays were also held, known as the Lenaia. And the ripening of the wine was celebrated in the beginning of spring, with lots of tasting and drinking competitions: all to honour that whimsical drunkard Dionysos.

The Athenians celebrated a new year in the middle of the summer, in Hekamtombaion (July/August), starting at the summer solstice and ending with the grain harvest. Most famous were the festivities named Panathenaea, with processions, sacrificial feasts and music festivals, where everybody with the exception of slaves, could participate. The frieze of the Parthenon in Athens shows how grand such a procession could be: lots of horsemen and the Olympic Gods who were watching. Some pieces of the frieze are displayed in the Acropolis museum in Athens, others elsewhere in the world.

The Three Magi somehow got lost in Greece, because the day they found baby Jesus, on January 6 (Epiphany), is in Greece celebrated as the day of Jesus’ baptism. On Epiphany the sea, rivers and lakes get blessed by the Orthodox priests who then cheer on boys to dive into the ice cold water after a cross that they have thrown into the water.

And then it is the wait for Carnival: in Greece taking place on dates calculated by the Julian calendar. On Lesvos, during Carnival they especially like to satirise the politicians, like with theatre pieces in Agiasos. In other parts of Greece they still seem to be a little afraid of Dionysus, they walk around with huge phalluses, like they once did in Athens.

But first there will be lots of cards played, there will be many pomegranates smashed on the threshold of houses, cakes with hidden coins will be served and silent figures will be wandering the streets holding holy water. I do not believe in getting lucky by playing cards because I lose too many times. And it seems such a waste to smash a delicious pomegranate. I won’t touch the cake because I value my teeth and the belief in holy water also does not touch me. But I do believe in a new year: new chances, new luck.