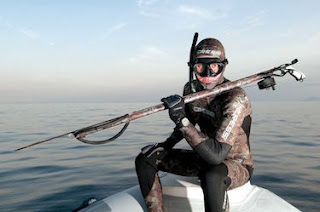 A bathing suit, I heard somebody say yesterday, makes you look old. I am already a bit old and I have worn out heaps of bikinis and some bathing suits, like the wafer-thin swimsuit in tiger print that was said to let through UV beams, but the covered parts never became the much desired golden colour. Now I am looking for a bathing suit that will make me look younger, one that will restrain my speading belly and other burgeoning parts, and make me look more streamlined. I ordered some online.

One of the bathing suits has its waist practically under my armpits and its leg holes rise so steep that my venus hill barely gets hidden. Greeks still are a bit prudish, so there’s no way that I can wear this barely decent piece of clothing on a Greek beach; that is something for a clean-shaven movie star on a beach in Nice.

The second swimming costume is a real Desigual. It fits me perfectly and indeed makes me look slimmer. But on the back – where two pieces of cloth join together between the shoulder blades – is a dastardly little zipper, which can only be closed through dislocating your arms as you try to zip up. I now understand why it is called a sports model. So like a real French duchess I will have to hire a dresser to lace me up tightly into the bathing suit.

The third swimsuit was so narrow (or my behind so thick), that it could barely pass over my buttocks, nor could the shoulder straps pass my breasts. The same problem with the swimsuit-dress. I thought it a lovely invention, this swimsuit with a short skirt. In the morning I walk my dogs over the street along the sea in a baggy dress. I suppose that on the French boulevards nobody thinks twice at seeing a woman in a bikini walking her dogs, but for Greece I think even a swimsuit is not a suitable dog-walking outfit. I thought such a swimsuit-dress would be the solution: you can jump in and out of the water, later chasing the dogs on the street without offending people with your blubbery naked body. After a lot of pulling and stretching I finally managed to put it on: it looks nice on me and certainly does make me look years younger.

So it’s not entirely true that a swimsuit makes you look older. Its only disadvantage is that it sits as tight as an iron corset of queen Marie Antoinette. And prevents me from moving, causing cramps within minutes so that I soon wanted to start the battle of removing it. Then I needed at least an hour, stark naked, loosening my muscles. But I made the decision to every day wrestle myself into this fancy swimsuit-dress, hoping that it would stretch. As this summer was rather hot I did this exercise only twice.

The surprise came with a little beach dress I also ordered. The bust covered in black, there then followed a skirt of colourful jungle-print, full of flowers and animals. A beautiful dress, equally suited to an outing to a mundane French restaurant. While unpacking I noticed the synthetic fabric. Bah, I should have been more careful when ordering: I don’t wear synthetics in the summer heat.

A luncheon party at the beach seemed the perfect occasion to introduce this dress to my friends. It fitted me perfectly (supportive enough to give the opportunity to not wear a bra, a luxury during hot days) with the skirt fluttering around my legs. A friend felt the fabric and said that it was bathing suit material. Great! Of course: a beach dress should be made in order to challenge the sea. So I ran to the water and dived into the waves. No longer a complicated party dresses; dripping with the sea, I just reappeared at the table and before anybody could remark that I had gone for a swim, my decent dresskini was already dry.

I wonder if my dresskini would have brought me any problems on the beach in Nice. Here in Greece there is no problem: old women and widows pleasantly have long chatting sessions far out in the sea, entirely dressed in black clothing. And men after fish, dive into the sea in their bourkini-for-men hunting suits, whilst heavily armed with a harpoon and a scary big knife strapped to their leg. Nobody thinks this is threatening! I think that somebody wearing a bourkini on a Greek beach would be as undisturbed as the Pappas (priests) who roam the villages in their black dresses. So you’re more likely to enjoy the beach amongst Greeks than amongst those silly French, who prefer offensive naked to chastely covered.