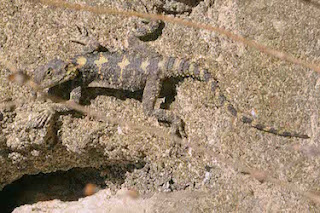 A very long time ago Lesvos was part of the continent. This was a time when huge mammals, mammoths and giant tortoises, roamed the woods and fields, all as scary as dragons. I am happy that I did not live then: imagine if during a nice walk through Lesvos’ beautiful nature you suddenly came eye to eye with an enormous, roaring, long haired elephant with long lethal tusks.

A dragon is like a very big, flying, lizard which I would prefer to meet rather than the fire-spitting enormous variety. But what about these legendary animals? There is no museum in the world that exhibits a skeleton of a dragon. Do they only exist in a fantasy world, like those in Greek mythology? Those ones however looked more like monster-size serpents. There was Python in Delphi that had to be slain by Apollo; dealing with the serpent of Colchis was a task presented to Jason in order to steal the Golden Fleece; killing the Lernaean Hydra, a water-serpent dragon with 5 – 100 heads, was one of the Twelve Feats of Heracles and there were Sun Dragons, who are depicted as serpents towing the vehicle of Medea through the sky.

It is not too strange that Greeks saw dragons as monstrous serpents: there are lizards who look more like serpents than animals with legs and claws. Like the Pallas’ Glass Lizard (Pseudopus apodus), a lizard without legs, which can become almost one and a half meters long! But do not panic seeing such a scary, light to dark brown serpent: he only eats insects and spiders.

If you want an insect free house, lizards can do the job for you. I am not saying that I actually want a Glass Lizard in the house. Even though I know they are completely harmless, each time I meet one I run as fast as I can.

No, in the house I have some of those very tiny cute geckos, also belonging to the lizard family. They may be transparent, or light rose and look like they have just crept out of a fairytale. Before you can say ‘Hello!’ they will disappear behind a plinth or through a little hole in the wall that you’ve never noticed before. They are like invisible pets, dealing with bloodthirsty mosquitoes and scary spiders, although I wonder if these very small, innocent looking animals are big enough to kill and eat those eery big spiders that sometimes race through the living room.

During my daily walks with the dogs I come along rocks inhabited by Stellagama stellio, also known as star lizards or painted dragons. These lizards have a dark rocky colour, but are easy to recognize by the diamond shape spots on their back. I am fascinated by these prehistorical looking animals: they are just like dragon babies. Unlike geckos they stay put, only their eyes moving, ready to flee. First I thought that each painted dragon had its own little cave to live in, behind a narrow opening between rocks. But each day they seem to have changed places and there is only one crack that is under permanent guard. Which immediately rouses the fantasy: do they protect the cave of Ali Baba? They are difficult to spot and when you see them, it is fun to play a game: how long can you stare at each other? Their black round eyes see you as a giant wanting to harm them. But what would I do with a star lizard? I already have plenty of invisible geckos in the house. So I stare at them, not moving, until the dog has had enough of it, barks, lays down in front of a car or runs away, breaking the spell between me and the lizard.

According to the old stories most dragons were not so sweet. Long after prehistorical times, when volcano eruptions and other disasters had killed all those legendary huge animals and Lesvos become an island, dappled with the villages that still exist, there used to live a dragon on Lesvos. No Greek serpent-dragon, but a real one, with legs. It might have been a bloodthirsty robber eating small cattle and children, he was called Dragon by the scared villagers. This dragon lived around the ravine Dèmonolanka, where a footpath leads from Agia Paraskevi to Mandamados. Like a giant lizard he roamed over the rocks and wherever he set his big feet, he caused small earthquakes. When she became pregnant and had to deliver, she put one leg on one side of the ravine and the other leg on the other side of the ravine. But having eaten so many lambs, little goats and children, she was so heavy that she pancaked. Her cry made the whole island shake and she broke into smithereens on the rocks.

No matter how much archaeologists may dig up and piece together, there always will remain mysteries about our wonderful nature. Legends are here to explain those incredible things. The story of the Dragon of Dèmonolanka could explain the source of all those lizards here on the island: these dragon children will never grow because their mother fell apart on the rocks.