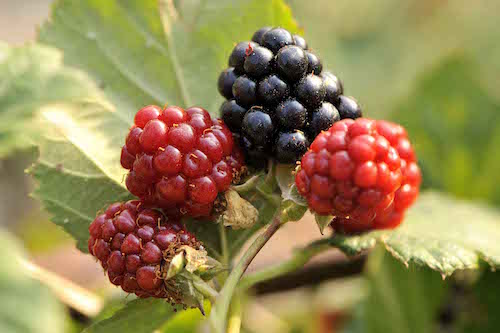 White clouds are starting to invade the pure blue sky. The island stretches itself after a brief warm summer and awaits what the gods have to offer. When the first rains change the dried earth into smooth ground lots of trees and plants will coo with pleasure. The voracious snails will party, but before long busy gourmets will harvest them to eat: then they will sing a little less. They have already eaten half my garden, so,—go ahead —put them in the cooker, I don’t care.

The first rains after summer are also a sign for the Greeks to stop gathering figs. Maybe insects shelter from the rain, and Greek folklore says that figs after rain contain lots of vermin. Also blackberries. I can well imagine that insects enter figs to find a dry place; there is a handy hole at the bottom of the fruit – it’s actually a flower turned inside out – and between those sweet, soft flower petals it must be like staying in a cozy five star hotel.

I can’t quite imagine how that works with blackberries: they don’t offer a comfortable place to hide against fat drops of rain, so why you’d better do not pick them after a rain, I do not quite understand. So I do not care about this folklore belief. Lesvos is no Mecca for berries, even though you might see lots of blackberry bushes concealing kilometers of fencing with their thorny tendrils. Most berries seem only to grow into hard and red berries, and I think it a miracle that some of them manage to ripe into black and juicy fruit.

In Greece blackberries stand for haughtiness. Once the Greek hero Bellerophon, who rode the winged horse Pegasus and killed the fire-spitting monster Chimera by smothering its throat, planned to visit the Gods on Olympus. On his way the gods made him fall from his horse, into blackberry bushes and their thorns: he finished being blind and his days as a hero were finished.

I feel happy with each handful of blackberries that I can pick and thank the Gods that they have let some of them ripen on an island full of unripe blackberry bushes.

First rain showers in September never could have saved them, nor a rainmaker. In ancient times there were lots of festivals where they begged for rain. Zeus was the responsible God for the weather, as were the priests, who passed around the power of the Gods. Nowadays there are fewer festivals, but in various rites (at carnival and Easter), you may still find some wishes for rain. In the north of the country (where I bet blackberries ripen easily) you’ll come across Kalogeros, also known as the Rainmaker. On Cheese Monday before the Carnival he goes around the houses, dressed like a monk, to receive treats like an ouzo or wine and to be sprinkled with flour, which he sprinkles with water, so that water and flour get mixed, while citing wishes for lots of rains and a good harvest. During the carnival you may detect other rituals, involving phalluses that play a popular part as a symbol for fertility and meant in ancient times a request for the Gods to throw down plenty of rain.

While I along with plenty of farmers wait for the first rains to help the dry earth can get ready for the sowing of new seeds, I can imagine that there also are people who pray that the showers will just pass the island by. 12,000 refugees now are trapped on Lesvos, a great many living in poor tents, and many others having to live under the naked sky. I remember images of past winters and recognize what havoc may be created by the coming rain showers. Different people, different interests: some want rain, the others not.

Rain used to be a responsibility of the gods. Nowadays politicians have taken over their various tasks and decide – indirectly – about life and death. However even united in the European Union they do not have the power to act as a rainmaker. But they could take away the fear for rain by organizing far more humane care for the thousands of refugees that come our way. Europe however is too haughty and prefers not to see any problem here. I do hope that the Gods, hiding behind the clouds, will throw Europe off its horse, so that she falls into the blackberry bushes and to suffer same fate as Bellerophon.