Where has the Great Greek Mercantile Spirit gone? 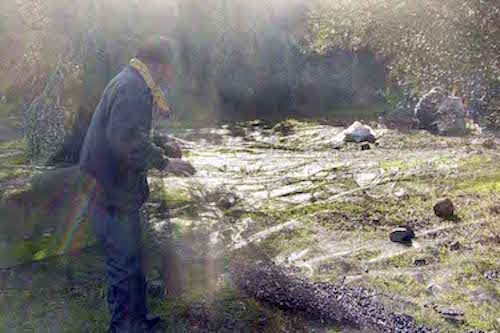 In the mud, between olive trees, there are shabby summer tents. The trees don’t look much better: those that are not nearly cut to the ground, most of their branches have been sacrificed to the nearly freezing people who have only tiny fires to warm up. Welcome to Lesvos, the island of millions of olive trees, now better known as The Shame of Europe: Camp Moria.

This refugee camp has been built amidst some of the endless olive trees that since immemorial times have helped the island. Even in 1850, when due to a frost, all trees literally burst open and cattle also died, the Lesvorians immediately set about with empty stomachs to replant new trees. Within years these brought new prosperity to the island and food to their plates.

Mytilini again has become an international town: many NGO’s have settled to help the thousands of refugees who arrive or are stuck in the camps. They live in hotels, dine in restaurants, empty the stores and now and then take a stroll over the island. Similar to 1900, when Mytilini was a bubbling centre of international allure, only then it was the trading companies and the merchants, living in huge villa’s, who brought the city economic prosperity: a period that even tourism never could compete with.

While Mytilini and Moria have become their own new worlds, elsewhere on the island life continues as usual. Winter means olive harvest, mostly done by hand, but sometimes aided by small electric devices. The millions of trees are spread all over the island, even growing in inhospitable mountains, supported by small terraces on incredibly steep slopes or in remote corners; even there — most of them still get harvested. There are not many huge plantations: most of the fields are owned by different families who have looked after them for generations. Some people get the olives done in a few days, some take all winter to beat the fruit out of the trees.

In the glory days, when Lesvos was still part of the Ottoman Empire, though the Greeks had a pretty free hand in managing their soap and oil businesses, 98 steam driven plants pressed the liquid gold from the olives and three factories were transforming the kernels into fuel. The island had the largest number of big factories in all of Greece. Oil and soap were exported as far away as Marseille and the countries around the Black Sea.

In Agia Paraskevi and in Papados the old factories have been transformed into museums, while each community still has its own presses, most of them have modernized. The many – big and small – olive producers are united in a cooperative, that helps with transport, pressing and storage. But Lesvos lost its rich commerce. No more foreign consulates left in Mytilini, the big merchants moved to the mainland and since the mighty Ottoman Empire became part of history, Lesvos lost most of its export markets.

There now is just a bit of the oil going abroad. Most of the precious olive oil strands in local kitchens or is send to family in Athens. Only a handful of small producers pour the golden oil into bottles with their own label and try to sell to other countries.

Especially in the north olive trees are not taken seriously anymore. There they think that the new gold can be pressed out of tourism. In the summers they labour in kitchens and offices to please the tourists. But there is no clear vision about how tourism on the island should be developed. Some people thinking they hold the power, believe that all-inclusive hotels will bring in the money, while some smaller offices just try to promote alternative holidays and eco tourism, which in my opinion suits the island with its millions of trees far more. Those offices do not go for the money, but realize what a rough diamond this, so often neglected by Athens, island can be in the overheated tourist industry.

The tourist business is an unstable market. Proven by the last two years when tourists stayed away from the island due to the refugee crisis. The olive market is more stable: if you take care of the olive fields, there is money to be earned. In the winter months everywhere on the island you hear the long sticks beating against the branches or the humming of little machines ticking the olives in the nets. The liquid gold drips everywhere from the trees, but what is missing on the island are some smart merchants. Lesvos is infested by people who cannot or will not cooperate. Everybody mistrusts everybody and cannot be happy when some one else is successful. So everybody continues operating on their own, never succeeding in something big. The Great Greek Mercantile Spirit, once making Izmir and Mytilini so prosperous, seems to have gone up with the smoke of history.