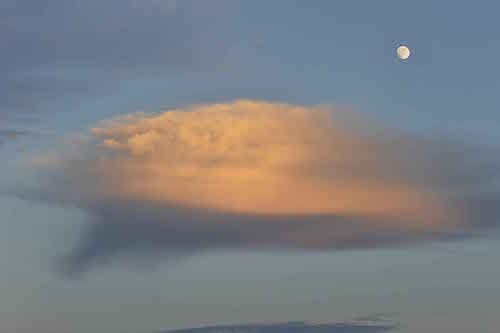 The world is under the spell of the virus and the power game in America, where unthinkable things are happening. Lots of countries, like Greece, suffer from a lockdown. The hope is that vaccinations will soon end this corona-invasion. The world is upset.

The weather walks along the same paths. While Spain has been hit by extreme cold weather and the Madeirans are drinking their coffee in the snow, in Greece relatively high temperatures continue to dominate the weather. Autumn started pretty late and seems not to be in a hurry to make way for winter.

Over the last months the weather was ruled by Notus, the south wind. Normally this is the wind that brings the first autumn rains after the summer. Then he is supposed to make way for Boreas, the north wind, who brings the cold, and sometimes even his daughter Chioni, who likes to distribute white blankets. I love the snow, so I also love Chioni, but I dislike her father, because I live at the north side of the island and here it is difficult to shelter from the freezing Boreas. It is tantalizing when he paints the sky sleek blue and the sun tries to bring some summer warmth, but you just cannot escape the cold.

Of the four Greek Gods of the winds, called the Anemoi (Boreas, Notus, Zephyrus and Eurus), Notus is the least popular god. Notus incites the sea to create treacherous waves: an enemy of seamen. His sometimes brutal downpours bring rivers to the boil, damage roads and create lethal mud streams. The shepherds in the mountains also hate this wind. In the summer Notus blows the Sirocco from the bloody hot Sahara (where the Greeks once thought Notus had his palace) towards the mediterranean countries. The Romans called him Auster. And this is how the continent on the southern-most part of the globe is named after Notus: Australia.

You can fight crazy presidents and a dangerous illness, however you cannot fight the weather. Even Don Quixote would have never disturbed Notus. In ancient times however, people believed that all nature and weather phenomena were the works of the gods, which could be challenged. Psyllos of Libya, who was furious after his harvest was destroyed by a southern storm, organized a strong army that set sail in an impressive fleet to go and fight Notus, who then roamed around Aeolos. His fleet was received by a crazy wind that with wild waves threw the heavy armed ships into the air: all ships and everyone to a man perished that day

Like Trump Notus does not want to go. Has Boreas caught corona or is he stuck somewhere in a lockdown? It is so warm that it’s only in the evening that you need to put on a heater for a few hours – just to reduce the humidity. I am not that happy with this, because normally in the winter I continually have some pots and pans in and on the purring stove. In the summer I sometimes feel homesick for the colder times, where I take it as a challenge to cook as much as possible on the wood stove. With the reduced hours it is now on, there cannot be brewed any broth or stew.

Nature is easily seduced by the damp Notus; we have already had many rainfalls: spring flowers and horta shooting out of the earth, none intimidated by the lockdown. Even mushrooms are catching up after a too dry autumn. Many trees are tipsy with the rains and you see buds on their bare branches grow by the day. This is not too clever for the tree, because when Boreas does decide to suddenly appear with his icy winds, lots of blossoms can be so scared off — so you can forget about its fruit. The fight between Notus and Boreas is not yet over.

And so it remains exciting times on different fronts: in the sky, fighting weather gods pass by with impressive clouds, in America, a furious infantile president and everywhere else, a virus that is difficult to fight. The new year started well: a good 2021.