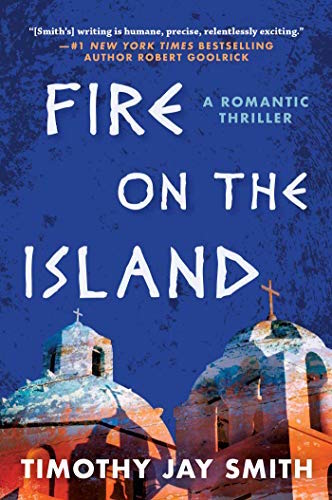 First there were stories, then there were writers. The great stories about the war of Troy (around 1184 BC) were written down around eight centuries BC by Homer in the Iliad. This mythological battle starring plenty of Greek heroes, was fought not that far from Lesvos. When my gaze wanders over the endless Aegean sea, I can easily imagine this circus of war that for years passed the island: thousands of colourful sails and who knows what magnificent ships, transporting soldiers, horses, sheep, tents and whatever else was needed to keep alive those glorious armies and mythic heroes during the siege of Troy. It could have been the backdrop for tens of thousands of ‘disaster tourists’.

Two centuries later Sappho gave Lesvos a place in the history of literature. She was a poet and her poems have even been found on papyrus in Egypt. She didn’t write long rolls of epic poetry; we cannot say that she contributed to the development of a novel — while the Iliad and the Odyssey, both by Homer – can be seen as precursors of the art of writing novels.

The classic bucolic novel Daphnis and Chloe by Longus, written around the 2nd century AC, plays out in the mountain slopes, olive groves, fields and among the sheep of Lesvos. Molyvos, then called Mythimna, has a part in the story, as a warlike city state, always in conflict with its enemy Mytilini. In 1961 drawings by Marc Chagall were published, after having been invited by the art dealer Tériade to put onto paper this super romantic love story.

The best known novel of Molyvos, The Schoolmistress with the Golden Eyes (1933) by Stratis Myrivilis, takes place at the beginning of the 20st century. It was just after the liberation of the island, soon followed by the population exchange between Turkey and Greece. For hundreds of years Lesvos was part of the Ottoman empire, but after liberation it lost its booming economy. The once powerful Mythimna became poor, most inhabitants then living off fishing.

Around 1960 the village was discovered by the tourists and became popular amongst writers. While Albert Camus fell in love with Sigri, William Golding lost his heart to Molyvos, whose romantic, small streets filled with poor kids playing, is said to have been the inspiration for his classic novel Lord of the Flies.

Later Irena Karafylli wrote The Captive Sun*, a novel about the German occupation in Molyvos during World War II. The Australian Jane Norris wrote a fascinating film script about the village and the refugees that even before 2015 were slowly making their way to Molyvos. Certainly there will be more books that play in Molyvos.

Recently the novel Fire on the island** by Timothy Jay Smith appeared: a thriller with a striking atmosphere, taking place in recent years in the village that has been torn apart by the refugee crisis. For the people who know Molyvos there is a lot to recognize, like the family whose dog Dingo is the only one who kept his real name in the story.

No mythological heroes but FBI-agent Nick comes to the village to see if he can detect terrorists amongst the refugees. He is confronted with the umpteenth wildfire set by an arsonist (the story was inspired by the arsonist who terrorized the village in 2009). Nick is curious and takes it upon himself to find the bad guy (or woman). Racism, jealousy, the village crazies, love and plenty of other matters that keep the village going — all keep the tension increasing. Although the village looks sleepy, there is a lot going on behind those centuries’ old front doors. The feelgood ending certainly contributes to it’s being recommended as a great holiday book, where the blue sea, super fresh sardines, a medieval village, a pope, a gentlemen and teenage love dance around each other in a fictive story about Molyvos.

This past spring, the South African writer Frederik de Jager had his first book published: Man op ‘n fiets êrens heen***: a collection of little stories, mainly of his youth in South Africa and about people in Molyvos. He sketches small portraits of memorable people, some of them already lost for years, like German Heinz with his many books, Adonis from Eftalou, as crooked as the Greek capital gamma (Γ) and Michalis, the quirky donkey man. Neither book is an Iliad nor an Odyssey, but they complement each other. Frederik writes about the people with love and wonder, Timothy Jay writes about the lively bickering in a town that once was taken by one of the big heroes of the Trojan war, Achilles, and now just a simple tourist town.