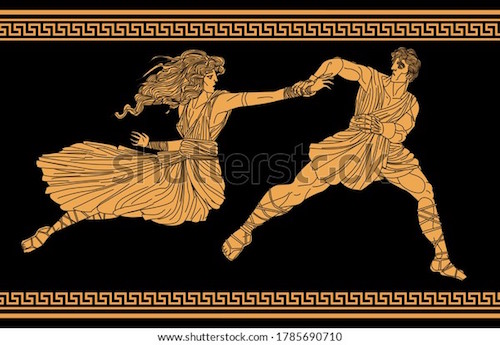 Even in times of corona you think you are untouchable. You have a healthy life, you feel good and all the bad things normally happen to others. This is how it was, until disaster struck me with, as they say, a hereditary illness. I had no idea that this devil was lurking in my body.

After days of pain in my lower back which moved towards my belly, in the night of March 21 something seem to have snapped. I screamed with pain whilst my friend J. and our friend M. drove me to the health centre in Kalloni. This alone was pretty detestable, but it was just the beginning of a trip I was not going to like at all. From Kalloni I was taken by ambulance to the hospital in Mytilini, where I more or less lost consciousness due to all the painkillers and whatever else they gave me. First they thought kidney stones were the culprit, but an MRI diagnosed an aneurysm. Doctor Georgios Kouskos acted immediately, found surgeons in Athens and then I, who hates flying, thought: ‘It’s just getting worse and worse’. My journey was not yet finished: a plane with a doctor just for me was flown in from Athens and so I dashed through the Olympic airspace, forgetting about the moon and stars, too far gone to even get nervous for one second. A doctor bent over me to encourage me not to give up; but I was already in such a faraway place that I didn’t understand what she was talking about.

An ambulance drove me through Athens, not that I remember that. But I saw some glimpses of a mass of people, probably Covid sufferers, rattling on the closed entry doors of the hospital pleading to be let in. It looked like a painting of Heronimus Bosch: distorted faces, long wild swinging arms. My stretcher had to be pushed through this mob from hell: grey faces and hands that tried to grab me, like people from the underworld desperately trying to get a lift inside with me. At last that is what I remember and then I saw the desperate face of J. disappearing amidst them. Then a pair of scissors started to cut away at one of my favorite jumpers. However, before I could protest – Hello, why are you destroying my beautiful jumper! – I sank away, far, very far away.

I think Charon must have thrown me out of his boat because I floated in the Styx towards the Underworld, where Hades, with a big grin on his face, waited for me. He signaled with an eye full of light, but I had no intention of living in the Underworld. Not yet. A team of super surgeons had by then taken up arms and fought a battle of at least 5 hours. I vaguely remember floating as an octopus in purple muddy water, arms and legs like rubber tentacles, moving slowly through the water. I saw its yellow eye, with its burning volcano within and then it tried to grab me, but the surgeons kept on encouraging me not to give in and so I floated away in the fishy Styx until there sounded screams of joy: “She made it, she made it!”, whereafter I fell into a coma or deep sleep without nightmares. Maybe the surgeons didn’t do a little victory dance, maybe they didn’t cheer claiming victory over Hades. However that is how it’s written into my confused brain.