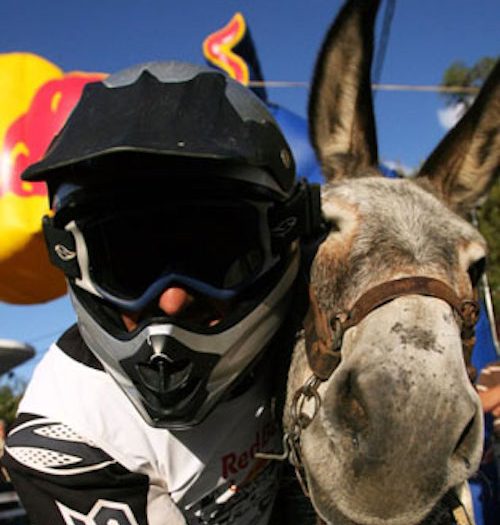 All over the world however goat milk is drunk sparingly and also used for the production of tasty cheeses. Is there any other milk besides that of a goat or a cow? Yes, indeed there is. All female mammals give milk when they have younglings. For instance, donkey milk, which is only known to most people as the cosmetic used by Cleopatra to bath in.

Some spouses of Roman emperors (like Poppaea Sabina, the second wife of Emperor Nero) tried to be as beautiful as Cleopatra and washed themselves with asses milk. They didn’t worry that donkeys did not give as much milk as a cow, they had plenty of money to keep hundreds of donkeys just for their beauty.

What they probably did not know in that time was that of all the different animal milks, donkey milk is the closest to mother’s milk and also far more healthy than cow milk. Asses milk contains less fat, more proteins and some 60 % more vitamin C. Donkey milk also has no harmful bacteria so you do not have to pasteurize it. So why do we not drink donkey milk?

The oldest woman in the world lived in Ecuador. She died at the age of 116! After her death her children told the press that the secret of their mother’s great age might have been regular drinking of donkey milk.

Here in Greece they do not drink donkey milk. The big number of donkeys that Greece used to have were used for transport or to mill grain or olives. For example a donkey could walk forever in circles to get the olive oil out of the olives. Now that machinery and cars have put the donkeys out of work, the number of donkeys in Greece have decreased so much that they could almost be added to the list of endangered animals.

Of the Greek donkeys that are now still around, most have a lazy life, except for some like those on Santorini, where donkeys are exploited to carry tourists up and down the volcano. The not working class of donkeys roam through the landscape and along the streets, enjoying bright green grasses (off course they prefer to eat everything you planted in your garden) and some times they take a little safari with tourists on their backs.

Lots of donkeys here on Lesvos in the winter are free – except for those who work a bit in the olive harvest – and roam through the mountains where they find plenty of young green plants. Last week the donkeys of Michalis and Costas, our local donkey farmers, got even more lucky: they went for a holiday! Well, it was a working holiday because they had to participate in a donkeycross.

Can you imagine: around a hundred donkeys boarding the ferry in Mytilini? I do not know if they were sea sick, but I just saw them now here in Eftalou making their first safari of the season and they looked pretty happy to me.

Their journey was to Makrinitsa, a traditional village in Pelia, close to Volos, where the booze company Red Bull organized the ‘donkeycross’. I have never heard about a sport called this: obviously it is a combination of motocross and donkey riding. Thirty illustrious motocross drivers were invited to make the streets of Makrinitsa dangerous by riding both their iron bikes and donkeys. No easy job driving a motorcycle along the old village steps, a water basin and steep donkey trails. Riding a donkey looks more easy, except that donkeys do not like to be ordered around, especially when you try to get them in gear to reach the finish line. The effect was hilarious. And now I understand why the youngsters of Molyvos run their motorbikes through the small cobbled streets and steps: they are practising for a ‘donkeycross’ because, believe me, Molyvos is more than suitable for such an event.

Until now only the donkeys of Molyvos had a taste of this joyful event: they toted those sturdy motor devils with their helmets and leathers through Makrinitsa, although it seemed to me that more than one participant had to drag his donkey to the finish line. So when you ride a donkey here this summer imagine that the saddle you are sitting in might have been used by one of those famous motor riders.

Besides riding these four legged animals there is another use for a donkey. That is why I give my golden advice to Michalis and Costas: open a donkey dairy. Last February in London the launch of selling mother’s milk ice cream was covered worldwide by the press. An asses milk ice cream, after a tiring donkey safari, might be the right refreshment. And when you can make cheese out of mother’s milk – like the Dutch artist Ine Poppe did in 1984 and as was done last year by the restaurant Klee Brasserie in New York, that also added ‘Mommy’s milk cheese’ to it’s menu – I am sure you can make donkey milk cheese. Plenty of donkeys here, aren’t there?