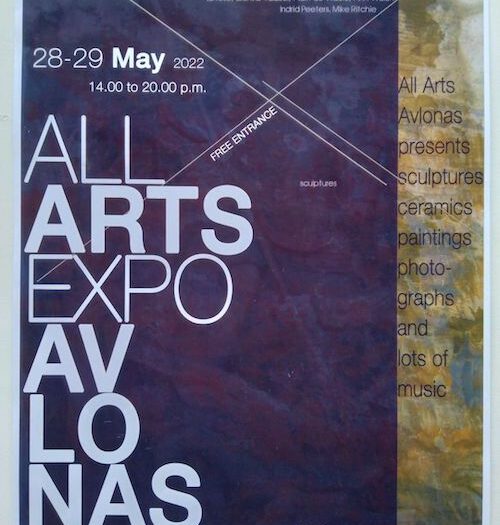 Georgios Jacobides was born in 1853 in Chidera, Lesvos. He became a famous painter, who attended arts schools in both Athens and Munich. After returning to Athens he founded the National Gallery of Athens and became director of the Athens School of Fine Arts. He belonged to the ‘so called’ school of realists from Munich and opposed all new artistic tendencies, like Impressionism or Expressionism. He had no real commitments to the island, apart from being born here. However, in his place of birth they have created a museum, the Jacobides Digital Museum, where his work and life are presented through digital techniques.

Art lover Angelos Katakouzenos and art book publisher Stratis Eleftheriade (Tériade) were also born on Lesvos and left the island to study elsewhere. From their meeting in 1925 in Paris plans were born that did affect the island. The work of the Lesvorian painter Theofilos was brought to the famous Parisian Louvre and the island got two more museums: The Tériade Museum and that of Theofilos.

The Tériade museum brought to the island the sort of art that Jacobides didn’t like: it exhibits prints of Pablo Picasso, George Braques, Joan Miró and Henri Matisse. It was Tériade who sent Marc Chagall to Greece in order to illustrate the Lesvorian novel Daphnis and Chloe, written by Longus. Chagall didn’t actually make it all the way to Lesvos, but nevertheless he fell in love with the Greek sun and returned home with sensational drawings full of light and colours, that were published in a special Tériade edition (Grandes livres). Along with these books the museum also presents 26 editions of Tériades great art magazine Verve, playful filled with work of now famous artists.

Whilst Theofilos also spent years away from Lesvos, he had lived long enough on the island to be honoured with the title The Painter of Lesvos, just as Sappho is the Poet of the island and as Orpheus is seen as having brought music to the island. Theofilos was a folk painter who presented his surroundings on walls and on canvas. He loved dressing up in historical clothes, but is mostly known for his depictions of merry village life, people harvesting the fields, boats floating on the water and for his interesting portraits. Just like a photographer, he liked to portrait the times he lived in, like the first airplanes, suddenly appearing in the skies of his paintings.

Had he have been living much later, he might have become a photographer, like Tzeli Hadjidimitriou, who similarly preserves the life on Lesvos through her art. It is thanks to her photographs that lots of the kafenions* that have disappeared or the baths in now closed hamams** will not be forgotten. Portraits of desolate landscapes full of rocks and hidden houses are caught in a book In Communion With Stones. Her documentaries are focussed on that same world that slowly will be eaten by time. She films old professions like boat builders, or documents how tsipouro or trachana*** is made. Lots of old people tell their stories in front of her camera, providing a treasure of cultural heritage.

If Theofilos lived now, for sure Tzeli would capture him on the white screen, as she has in the impressive documentary Mr. Dimitris & Mrs. Dimitroula, which is about the man that paraded in the streets of Skala Sykaminias in womens’ clothes. (Dimitris sadly died last year after some dramatic events). Tzeli went searching for tracks of Orpheus (In search of Orpheus), which brought her closer to herself. Her newest film is a short history of lesbians in Eressos (Lesvia, the herstory of Eressos), and has earned her two prizes in the Documentary Festival in Thessaloniki and has been shown in Cannes.

However, Tzeli is not the only artist on the island. On May 28 and 29 there will be the exhibition All Arts Expo Avlonas in Avlonas. Organized by two Dutch artists  – Anne Hollestelle and Albert van de Korput – who were trying to locate all artists of Lesvos as well as that of regular visitors and made a selection. There will be a wide international representation: painters, sculptors, photographers, printmakers, ceramacists and other disciplines: they can all be seen in the lush green garden of the tavern of Kostas Artakianos in Avlonas on Saturday and Sunday, May 28 and 29, from 14.00 to 20.00.