About flowers and bees 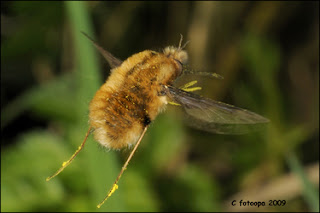 Whilst the Middle and North of Europe still suffers from severe cold, snow and ice, we here in the south are so happy. Last winter was warm but wet, and strengthened by the high spring temperatures it is an ideal cocktail for an explosion of flowers. It’s even so hot that trained walkers are already complaining about the heat affecting their walks.

I‘m not too happy about the early appearance of so many flowers, because if there are flowers there are also insects and not everybody likes them. I have already been stalked by a nasty mosquito wanting my blood; and starting from early spring I get scared in the house by fleeing spiders of all sizes and colours and I have already seen many gatherings of ants around the house — ‘hello, what invasions you are planning for this summer?’ And even picking wild asparagus can be dangerous because of the snake attacks, although at least they are not insects.

There are positive sides also: the best spring concerts can be heard by standing in a meadow full of flowers or under a tree with blossoms. Just listen to the sound made by the buzzing busy bees. Or are they wasps or bumblebees?

Wasps, bumblebees and bees belong to the hymenopterous insects because they have two pairs of membranous wings. The differences easiest to see between these insects are that wasps are bold, bees are hairy and bumblebees are like big hairy stuffed bees. Wasps are dressed very smartly with a wasp waist – the small connection between their breast and abdomen – while bees and bumblebees are more squat.

Wasps live off insects and nectar; but we all know those huge wasps – hornets – who love to steal the meat from your plate during barbeques. Bees and humblebees just live off nectar and pollen, so they won’t bother you during dinner — and they make honey, a much appreciated food product.

The Greek word for honeybee is μέλισσα (mèlissa) and honey is μèλι (meli). The name probably comes from a nymph who taught people to use honey. One of the many myths about Melissa is that she was one of the nymphs who nursed  Zeus as a baby. Instead of feeding him with milk, she gave him honey. And she let the honey be delivered by the bees straight into Zeus’ little mouth.

I was surprised to learn that here is another hymenopterous insect. Those sneaky crawling ones who love to invade your house and settle in your storage areas: the ants! They originally were wasps – so they are a kind of wingless wasp – and are as nasty as their winged ancestors. But ants can fly, even if it is just once in a lifetime: when they leave their nest. They prefer to do that on a warm day with no rain and we all know this phenomenon of flying ants who suddenly appear out of nowhere while you are enjoying the quiet of your terrace. Well, see it as a ‘Queensday’ — a new queen is crowned and comes with her entourage and plenty of bells and whistles looking for a new home. So you better do something before Her Majesty decides that your house will become her favourite palace.

In spring I do miss Dutch tulips that can bow their stems so crazily when you put them in a vase of water. That’s why I now pick so many red anemones, which are not as weird as tulips, but you cannot have it all. One evening having guests around the table a funny small bee crept out of the red anemones: it was honey coloured (not striped) and it was woolly and very cute, but rather small for a bee or a bumblebee. I suddenly asked myself if those hymenopterous insects were born small and then grow and whether what we saw at the table might actually be a baby bee.

After research on the internet about bees, bumblebees and wasps, and after several bouts of shivering at pictures of some frightening wasps and bees, I nearly gave up the search for the little bee. Then, by accident, I came upon pages about flies and there was the little hairy insect: a large bee fly (Bombylius major; in Dutch it has the name Wool Floater). And yes, they are like balls of wool, floating in the air, hovering quickly from place to place. So it was a fly! And it is not just an ordinary one. He fools you by being like a bumblebee; no wonder it took me so long to identify it. Birds are the natural enemies of insects, and, just like humans, do not like insects who sting, — so the Large Bee Fly, who has no sting, dresses up like a bumblebee (mimicry) and this way fools the birds. This cute bumblebee-like fly has more tricks: it puts its eggs in the nests of the bee Andrena, so its larvae gets fed by the mother Andrena who pains herself to feed so many extra offspring, who later eat the Andrean larvae! The Large Bee Fly is also a brood parasite.

God created strange lodgers on earth. Most of the bees, bumblebees and ants are pretty harmless, but those sweet looking Large Bee Flies are a bunch of profiteers. Nature keeps on amazing me.