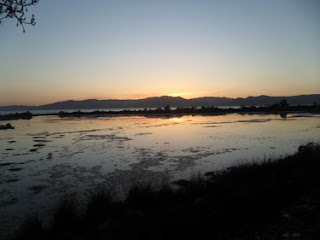 Nowadays there are many more travellers than centuries ago. Thanks to the airplane you do not need years to arrive at the other end of the world. It is because of this fast transport that we can even consider having a holiday several times a year. In fact going on vacation is not the same as travelling: you know to which place you are going, along which road and how long it will take; while when travelling you may not be sure which road you will take, nor how much time it will take and you may only know your final destination.

Lesvos is a vacation destination. Even in ancient times, when Rome ruled Europe, it already was a vacation place for the Romans, who called the island ‘The Garden of the Aegean’. Later on travellers thought Mytilini was the most beautiful city of the Aegean, but until the middle of the nineteenth century most people preferred to travel to the Greek mainland, to visit the classical monuments of ancient times, like the Acropolis or Delphi. Lesvos was too far away and was only visited by a happy few on their way to the Orient.

They missed something, because Lesvos was the island chosen by Aristotle to study animals, later published in his book Historia animalium. He was invited to do so by Theophrastus, a scientist from Eresos, who is seen as the first botanist. The former did the plants, the latter the animals. Aristotle chose the area around the Gulf of Kalloni, where he could observe and dissect fish as well as land animals. The BBC made an interesting documentary about the importance of Aristotle’s study on Lesvos, Aristoteles’ Lagoon, a movie that also serves as a strong advertisement for the island.

Most of those early travellers were well read and wrote about their journeys, resulting in entertaining literature which, above all, depicted life as it was so many years ago. In the Seventeenth century a Dutchman, Gerard Hindelopen, made a report on his journey to Mytilini. On the internet you can find plenty of other travel journals from the end of the Nineteenth to middle of the Twentieth century, like the one of J. Irving Manatt – Aegean Days (1913) or Mary A. Walker – Old tracks and new landmarks (1897), both describing their visit to Mitilene (as the island used to be called).

Most people stayed in Mytilini and from there travelled to other parts of the island. In those times it was popular to visit the harbour of the Gulf of Yera, known as the ‘Olive Harbour’. Or they went to the other big harbour in those times, that of (Skala) Kallonis. Those excursions, of course, were very arduous and made by foot, horse chart, horse or donkey, or by boat. Mary Walker for example hired a little boat to go to the hot springs in Thermi and to Moria. Going to Molyvos she took the liner that sailed between ‘Cavalla, Imbros, Tenedos, Molivos, Mitylene and Smyrna’. To visit Petra she had to do it by foot from Molyvos, over a dangerous footpath just destroyed by an earthquake.

Even in the Sixties, when the first cars were introduced on the island, an excursion by car to the monastery of Ypsilou was an adventurous enterprise that took more than a day, according to Betty Roland who described this journey in her book Lesbos, the pagan island.

The islanders themselves did not like to travel, except for the merchants, who mainly lived in Mytilini and travelled from there to faraway countries in the Orient, as far as Russia and Egypt. The villagers remained in their familiar surroundings: what should they do in the capital. But sometimes one had to go to Mytilini for business, a journey often meaning adventure. In his book The Mermaid Madonna the Lesviot writer Stratis Myrivilis told the story of a man from Sykaminia who took his little fishingboat to Mytilini and returned totally drunk and with a foundling in his boat.

By the Sixties there was a bus between Molyvos, Petra and Mytilini, but that journey took 2 to 3 hours and when it was rainy it might even take 4 to 5 hours, because rivers had to be crossed. In the book Lesbos, the pagan island Betty Roland describes such a journey, travelling along very bad roads with passengers behaving like they were on a world trek with all their luggage and food.

Now all main roads are tarmacadamed, bridges have been built and it takes only a little bit more than an hour to drive from the North to Mytilini. Just a few tourists now arrive by ship because a journey by airplane is much quicker. Nowadays people are in a hurry; they want to see the sun and have forgotten that travelling will show you beautiful sceneries and adventures.

Flying is quick but it costs. But there are many other ways to go to Lesvos, just like the travellers did in earlier times, to arrive by boat on the island, a much more impressing arrival than by plane. The easiest way is to fly to Athens and from there take the ferry from Pireaus to Lesvos. But there is even a quicker and more adventurous way: you take an early morning flight to Izmir in Turkey, from there you take a shuttle bus to Ayvalik or Dikili (a drive along the beautiful Turkish landscape of about 2 hours). Take some time to visit those scenic villages and then take the boat to Mytilini at the end of the afternoon. This way you will even have had your first excursion. This is the cheapest way and you can take beautiful pictures while travelling. And – by the way – Izmir, too, is an interesting city worth a visit, where you could easily stay one or more days.

Lesvos does not belong to the most visited Greek islands. Therefore it is not yet spoiled by mass tourism and what you see on the island is more or less what saw Aristotle, the Romans and all those other travellers who praised the island as a green and fertile garden in the Aegean: an oasis of quietness, nature, friendly people and just a little bit of ancient culture.