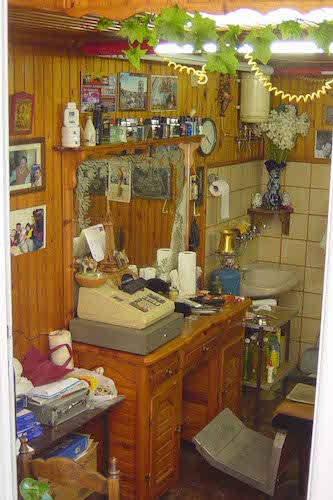 Greeks aren’t making a big fuss about the shortage of beds in ICU (they have already accepted the shortage), but they stress more about the fast growing list of people who badly need a haircut. This crisis highlights how important hairdressers are. Deprived of a hairdresser, and a decent look: there will be lots of depression.

In ancient times hairdressers were important people. Like in ancient Egypt hairdressers had the honour to shave the hair of the priests of the temples, leaving not a single hair growing. The ancient Greeks were also pretty occupied with their hairdoes. Following the example of the Assyrians, they kept their hair long and wore beards, curled with an iron into curly strings. The hair was washed, braided, curled and even perfumed. Flowers and plants were cooked with olive oil and beeswax to make conditioning balms. To colour the hair, they used pollen, yellow flowers and even gold dust. The prettier the beard, the more important the person.

Alexander the Great brought an end to this fashion. On the battlefields against the Persians the beards were perfect handles for tearing the fighters from their horses in order to be stabbed to death on the ground. The uber-nurtured beards had to go! So only the philosophers kept their undulating beards, a sign of their wisdom.

In the fifth century BC the first barber shops appeared in Athens:koreia. I am not sure if ladies also came to these places to have their hair done. They wore symmetric coiffures, decorated in the middle with fancy ribbons with small kerchiefs holding together the long hair, rolled in a bun at the back of the head, just above the nape. This must have been the time that the hairdressers became the seat of gossip mongering. Remember the wellknown story of King Midas. After a fight with Apollo, he found himself with donkey ears, which he kept hidden under a hat. His secret was discovered upon having to remove his hat at the barbers. Hairdressers of course have endless stories to tell their clients and so the story of Midas’ donkey’s ears spread fast.

The barbershops reached Rome via the Greek colonies in Italy, where they became very popular. Each Roman had to be cleanly shaved, no beard — it was only the slaves who were entitled to have moustaches or beards. The barbershops of the Roman Empire also took on a new function: you started your dayby getting shaved and trimmed whilst listening to the latest news. Maybe the hairdressers were the precursors of newspapers.

During the Middle Ages hairdressers were also allowed to offer some small medical treatments, like blood-letting, amputations and pulling teeth. This way the hairdressers became a three-in-one profession. Surely the barbershop could not have been that popular in those times with all that blood and moaning. In the 18thcentury things were pulled apart again and the hairdressers reverted to the hair business only. They kept their hairdressers pole (thein Americawell-known blue, red and white striped poles, which symbolized ‘blood and bandage’), but their profession had however lost some of its importance and were now alsovisited by the common people. The barbershop was no longer a place for men to be pampered and perfumed: but rather a place for a simple wash, shave and trim session.

This way the hairdressers kept on going. In the villages here on the island you may still find small dusty businesses, with old washed-out pictures and old publicity posterson the wall, old fashion bottles,fansand some mirrors, places where a trim session for men used to cost only a dime. These businesses mostly passed on from father to son.

During the last years the comeback of beards and moustaches has caused a revolution in the realm of the hairdresser. Just like in the times of the ancient Greeks, a more luxury treatment is now wanted and therefore you have to go to the trendy hairdressers, who handle the clippers like artists. Even here on the island bright new hairdresser shopshave appeared, but I wonder if they all work according to the ‘New School’ and leave you with hair that looks like you have just stepped out of the tv-series Peaky Blinders.

Ironic that now the hairdresser has finally regained popularity, there comes this lethal virus, closing all shops, making not only the Greeks, but people worldwide desperate —not being able to have their hair cut. I also wonder if this might be the very first time in the long history of hairdressers, that they are in a lockdown.

Maybe it is the real reason that the Greeks stay home: they think they look awful with masses of outgrowing hairs. I haven’t yet seen any really wild coiffures amongst the few Greeks who dared to enter the supermarkets or walk their dogs. But the Greek government has indeed recognized the needs of the people: hairdressers will be among the first shops who may be open after the lockdown (probably on May 4th).