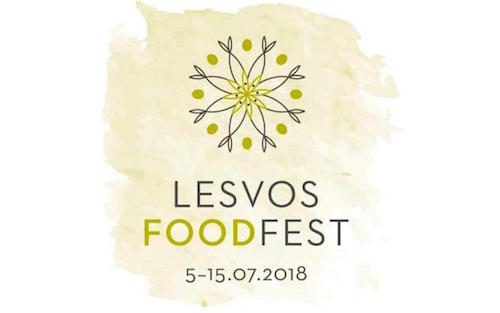 When I look at the food trends of this year I find that the trendsetters had quite varying preferences, but especially for food from very far away. Only a few things they had in common: the growing hype to eat more vegetables, mushrooms, fermented food, seaweed, a better awareness about eating meat and drinking local beer from small brewery’s. There is a lot of choice for trendy restaurants.

You will not find exotic fruit nor tropical vegetables in the restaurants on Lesvos (or for that matter, most restaurants in Greece). Most of them don’t even change their menu for tens of years, presenting only good old Greek food. I wonder if they even know that there are culinary trends.

However, the simple Greek kitchen is actually pretty trendy. To begin with: Greeks eat lots of vegetables, super fresh and preferably from their own garden. In the past years Greek food with local products scored high on the lists of trendy food. Now there is a new hot item: vegetable proteins. These are to be found in beans – of which the Greeks eat plenty, especially in the winter -, broccoli or mushrooms – also a new trendsetter – are also to be found regularly on Greek menus

Similar to the much-hyped Asian kimchi, in the Greek kitchen you will find preserved vegetables in salads and served with fish. They also like to ferment little fishes or octopus in vinegar. Vinegary food in Greek is named ksidato, marinato or toursi: also exotic names, ready to enter the trendy food lists next year.

Since a few years balsamic vinegar has found a place in the Greek kitchen: poured over roka-salad (rocket), sprinkled with pieces of ladotiri, the local replacement for parmesan cheese. Totally hot, this dish!

Wasting food is not done anymore. However leftover meals are not very poplar in Greece. Vegetables have to be fresh, so the leftovers go to the pigs, chicken or goats. That also is a way of recycling. Greeks have never liked to waste food: fish is served with head and tail (some Greeks say the head of a fish is the best part) and beetroots are served with their green leaves. What remains on the tables disappears into a doggybag, normal in Greece. Sometimes there are even fights over who gets the bag with the leftovers.

Another trendy development is to no longer having meat on the table everyday. Greeks are familiar with this trend. For years now there has been no daily meat: by own choice or they simply cannot afford it anymore. If the meat is not from their own animals, they know exactly to which butcher they have to go for the best cuts of meat. Obscure meat packed in plastic from the supermarket is not done.

Lesvos is a little behind concerning brewed beers, but islands like Corfou, Tinos and Evia (I do not consider this as an island) brew their own beers, while in some bars in Athens they promote products of all local breweries: Make it a Greek Beer please.

Greeks do not eat seaweed: they bath in it; the Aegean sea has plenty of it. Maybe that is the reason why the Greeks are a bit afraid of this green sea grass on their plates. One has to wait until a smart enterprising Greek starts to promote the product to be found everywhere along the Greek coasts.

It is clear that the Greek kitchen is pretty trendy. Now that the summer really has started and the children are free from school, the time for festivals has begun. On Lesvos it starts with the Lesvos Food Fest (July 5-15), this year with a program all over the island: learn about trachana in Lafionas, fish products in Skala Kallonis, fig syrup in Erèsos, a market with local food at the Gulf of Yera, cook books in Mytilini and cooking with olive oil in Aya Paraskevi. In Molyvos children can have cooking lessons, herbs will be presented in the hamam, local women will open their kitchens and there will be a wine tasting.

An interesting program for the food gurus; it is time that the trend watchers come this way. And the Greeks have to learn what is going on in the rest of the culinary world. They do not have to adjust their menus, they just have to highlight how trendy some of their dishes are. This way they can better profile themselves as modern, trendy restaurants.