The Museum of Refugee Garbage 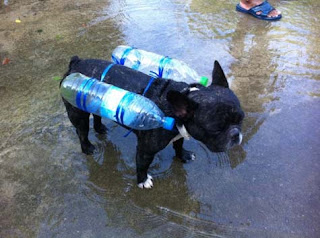 People fleeing war do not come just for money or shelter. They want to work, live in a house, shop or go to a restaurant: they want a human life. All European countries where the uproar over immigrants is getting more and more common, should instead welcome their coming as the opportunity to renovate their economy.

On Lesvos there is also a minority that complain about refugees. They do not realise that this drama has made their island known around the world, all the way from Timbuktu to small villages in the Australian outback. No supersonic Olympian promotion team could have done better.

Refugees as well as the hundreds of recently arrived rescuers and press have awakened the middle class who were in a kind of lethargic state due to the crisis: a new economy has been born on Lesvos because the summer season has been stretched out to November and, who knows, maybe we will have a real winter season with plenty of visitors.

Refugees not only are responsible for the arrival of so many helpers, volunteers and photographers, they also have brought meter high mountains of garbage. Once all assembled, the municipality probably will burn all that. Most of the plastic then will be saved from the fishes, but what cancerous air will that create?

We live in a century where techniques are developing so quickly that I am sure that one day a smart inventor will combine all that refugee garbage in one huge recycling pot to produce some marvellous new things. It could bring the island a fortune as large as that being made by the smugglers.

But no ingenious person such as the young inventor Boyan Slat, who found a way to clean the oceans from hundreds of kilometres of plastic waste, has yet to present himself (or herself). So for the moment we have to deal with all that plastic in a more simple way.

When a rubber dinghy arrives it immediately is slashed, but it offers up some wooden floorboards that are taken by locals to make sheds or to finish off other timber jobs. The rubber parts are welcomed as a waterproof roof for dilapidated little buildings or as a cover for woodpiles. The motors are stolen by vultures or stowed away by the municipality.

The black inner tubes (for children you may find colourful plastic rings) that are supposed to, along with a life jacket, make the sea journey extra safe, are a bit less popular. But that rubber has plenty of opportunities for recycling: you can use it to weave or knot waterproof floor mats, it can be cut in pieces to make trendy jewelery or handbags and you even can use them to make live-size, frightening animals, as has the Korean artist Yong Ho Ji.

Life jackets are somewhat more difficult to recycle. The plastic blocks that are supposed to be inside (although there are cheap ‘drown jackets’ filled with grass), may serve as building blocks. We all used to play with lego and this is as easy as this childrens’ toy. In Bejing they used plastic blocks to build a teahouse; a nice way to welcome the refugees here. For people who may have forgotten to play with lego, just start with a simple house for a dog, a cat or some chickens.

The refugees arriving here on the island may have something different to do than being creative with plastic blocks (do you suppose they grew up with lego?). They can economise on the life jackets. They just need to collect some empty plastic bottles. For a floating jacket you could dress yourself in a big plastic bag, attach 3 to 4 bottles to your breast and the same amount to your back, and then tighten the plastic bag around your belly with a piece of rope. You can also use a fishing net to keep the bottles in place. If I look at the life jackets strewn on the beaches of Lesvos, these home made bottle jackets would probably be as trustworthy.

There are also some refugee dogs and even a cat that dared to cross the Aegean. A life jacket for a dog is easily made: just bind some bottles to his back. A cat can put on a sweater to which you can bind some bottles, see the second picture.

Plastic bottles are anyhow the best garbage you can get. Not only refugees create heaps of plastic waste,  all the thirsty tourists and island inhabitants also join the building of alpines levels of waste. Refugees should not board dangerous dinghies provided by smugglers who are getting rich, but instead should build their own boats with some hundreds or even thousands of bottles. I bet Turkey also is full of bottle waste. Boats of bundled bottles seem to me as seaworthy as those rubber things they come in. You could argue that then the waste piles here on the island were growing even faster, but those big amounts can offer other opportunities.

Fill a plastic bottle with smaller plastic waste and you have an EcoBrick, a sturdy plastic ‘absorbing’ building block. A great idea for the island to fight against its economical crisis: producing them and using them to build. I think there now are so many bottles on the island that you could build a reproduction of Athens with them.

I personal would prefer to find an entrepreneur who would use those hundreds of  thousands of bottles to create a new island in one of the Gulfs of Lesvos: a floating island of plastic bottles, which mixed with driftwood could soon create plenty of possibilities. You could start there a Museum of Refugee Garbage, with plastic bottle sculptures like giant fishes and those great rubber sculptures of Yong Ho Ji. It could attract a new kind of tourism and at the same time be a monument to all those thousands of refugees who have reached the so-called safe Europe through Lesvos.