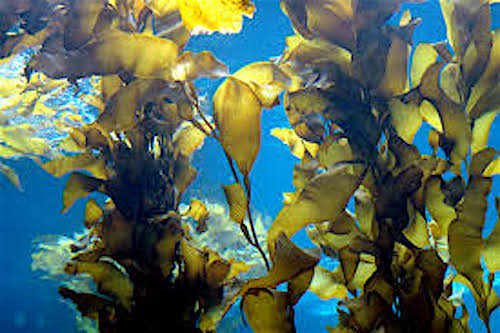 It’s mainly the media that makes mischief about the situation in these insecure times. Talk is only about the dark clouds threatening Europe and especially Greece. One specialist after the other is brought into the footlights to tell us what will be good for Greece – every day another opinion. Financial experts calculate how much Greece’s bankruptcy will cost us, although they forget to mention what it will cost the Greeks.

The Greeks who were deceived by their politicians, who were misled by international bankers, were presented a huge European cream-cake, from which they ate, only now to hear that they should not have eaten from it. The Greeks, painted by the media as lazy and profiteers, are sad because of all the criticism, the deception and the economics and have lost all faith in both their own country and that of Europe.

I will not write any more about these sad times because the media is all over it. I prefer to look further than the crisis and I think it better not to become downcast but to look very far ahead, to new horizons.

I think that Greece has enough potential to change into a healthy member of Europe. The country is one big green energy bomb: sun, wind and thermal springs and everybody knows that these are the ingredients for the energy of the future. And then there is another product that has been forgotten a little in this country and that does not appear on the list of well known export products like feta, ouzo and olive oil – seaweed.

The success story of the street vendor Paul Efmorfidis started years ago in Athens. when a Dutch guy asked him where he could buy a mattress. Last year Paul Efmorfidis opened his umpteenth shop on Mercer Street, Soho in New York. Coco-Mat sells mattresses which amongst other things are filled with seaweed, and is so successful that they have shops all over the world.

I have been used to visiting sandy beaches and I thought that beaches with seaweed were a nuisance. But I have learned that lying down to catch some sun on those soft heaps of seaweed is rather comfortable. So, I imagine that sleeping on a mattress of seaweed makes you sleep wonderfully, as seaweed is not only soft, but also very healthy.

Asia has the biggest culinary consumption of seaweed: in various countries different sorts of seaweed are served in salads or in combination with fish. Recently the Thai teenager Chen Jingwen became a millionaire with his business Tao Kae Noi by selling nori-snacks.

In Europe seaweed consumption is not yet that popular. The ancient Greeks, like the Romans, used seaweed in drugs and for animal food. The Irish also harvested seaweed for animal food and for manure. Seaweed is still similarly used, although different cooks have predicted that soon seaweed will be the newest culinary fashion in Europe and in Holland more and more shops now do sell seaweed.

Seaweed in Greek shops still remains unknown, even though it grows in the ‘backgardens’ of most Greeks. The Thalasso-institutes in Greece are also mostly unknown. Thalassotherapy is based on a variety of seaweed cures, going from seaweed baths to seaweed masks.

Seaweed contains amongst others iodine and contributes to softening the skin, renewing skin cells, to a faster metabolism and dissolving of fats, so it has even been advertised as a way to slenderize.

Here on the island you can find masses of seaweed. Some people do use it as manure: they collect it in the autumn, leave the winter rains to wash the salt out and in spring have a fantastic manure for the garden. I intend to fill up a hot bath with seaweed: why should I go to a spa for this? I’ll just step into a hot bath with seaweed, drop some of the weed on my face as a mask and hope that all those healthy substances contained by seaweed will enter my pores.

Now that the temperature is on the rise again, each day on the beach I will lie down for an hour on a seaweed bed for free. Although I must admit that I am now very curious how a Coco-mat mattress will feel.

And next I have to produce some seaweed snacks, although I am afraid that here I still have some study to do – because I have a feeling that you can’t just throw just-harvested seaweed immediately into a frying pan.

And there is even another use for seaweed: it can be used as a biomass to create energy; which means that Greece not only has plenty of wind, sun and thermal energy, but could also have seaweed energy.

I do hope that not all the young Greeks will leave their country, but that some will realize how many possibilities their beautiful country has and take their chances. I do hope that these success stories of a street- vendor of jewellery in the Plaka growing into the owner of the most beautiful mattresses shop of New York and the Thai kid who became a millionaire by selling seaweed snacks will stimulate the hope that Greece will soon recover from its crisis.

And for the tourists who stay away from Greece, they will miss a lot. The word thalasso comes from the Greek goddess Thalassa, which also means sea in Greek. Even though there’s a lack of money in Greece now, they still have plenty of sun, sea and seaweed: a base for a healthy holiday, where you can make your own thalassatherapy.