Looking for a dream house 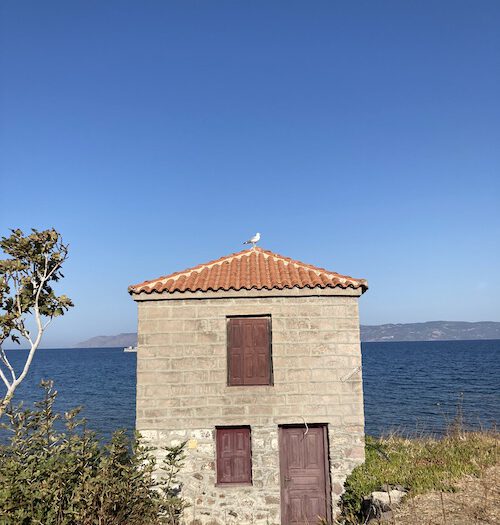 More and more people dream of a house in Greece: away from the crowds, the cold, the rain, with a view on an azure blue sky hovering over an equal blue sea. Long live the quietness.

France however remains the country where most people go looking for quietness, followed by Italy, Spain and Portugal. I wonder if the popular book A year in the Provence by Peter Mayle in 1989 started the masses looking for second houses in France. It certainly contributed to the popularity of having a house in France.

Plenty of books exist celebrating the life of ex-pats in Italy, Spain and Portugal. Greece however had some great movies making free publicity for the country. The movie Zorba the Greek, based on the book with the same title by Nikos Kazantsakis, inflamed the curiosity of many people looking for a free life and some dancing under the sun. Shirley Valentine probably encouraged many people to have romantic holidays under the Greek sun. And Mama Mia caused wedding queues on the Greek islands.

Books about people restoring a house in a foreign country are popular, highlighting all the shit that hits the fan, often described in a rather comic style. Also Greece has books, like Eleni Gage’s North of Itaka and Tom Stone’s The Summer of my Greek Taverna. The newest in this genre is by Dutchman Ruard Wallis de Vries who wrote about buying and restoring houses on the islands Leros and Samos, in a book named Griekse Toestanden (Greek ways)*. Autobiographical going towards fiction.

Lots of people will immediately get jealous reading about the small amounts Ruard paid for his semi-ruin on Samos: only a few thousands of euros. Since he bought his first house on Leros in 2003 prices however have risen. On Lesvos you may think yourself lucky when you find some walls and a roof for under 10.000 euros. In Molyvos they even ask prices as high as in Amsterdam. After some research on the internet I concluded that Lesvos has a pretty expensive housing market, compared to Samos and the neighbouring island of Chios. Although under 50,000 euro there still is some choice. That choice is much larger on Samos, and on Chios. But on Chios the houses for sale seem to be in a very bad shape. Neighbouring island Lemnos presents prices nearly as high as on Lesvos, but that may be due to the very small number of houses for sale.

After the house on Leros was turned into a comfortable holiday residence, Ruard couldn’t resist buying another house, this time a very cheap one to be restored on Samos in Huddlemuddleville (Ano Vathi). A lot had to be done, before you could call this little building a dream house. An Englishman presented himself as a carpenter and turned out to be a skilled handyman, but more and more alcohol was needed to keep the show going. Neighbouring houses had to be bought also to keep the sea view and so it took some time before Ruard realised his dream houses.

Years went by: there was the Greek crisis making so many people poor, and from 2015 on there came huge numbers of refugees to the Greek islands, like on Samos and Leros. NGO’s from all over the world arrived and horrible refugee camps were created. When the story came to this year I wondered if the book would turn into a refugee book. The story however remains on track: about an expat in Greece, all the troubles in having houses fixed and about a handyman whose trust in alcohol grew with the day. Ruard only tells about some family actions to help the refugees and gives neutral comments on the Samiots who had problems accepting these new inhabitants in their life. He also is not afraid of some critical notes about refugees.

There is a lot in the book, that may trigger a tear and a good laugh: ex-pats and the regulars of the Greek kafenions, Greek life, the arrival of the refugees and why you only need a balcony with sea sight to be happy. This book can easily inspire people to buy a Greek dream house. In this land of sun, sea and gods there are many houses available for all kinds of prices.