My wild cat in the paper 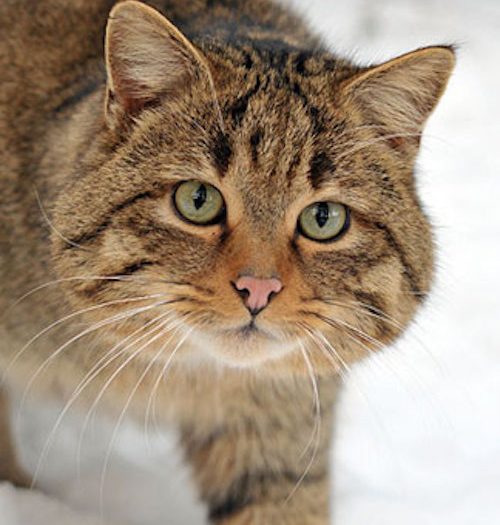 Greeks aren’t exactly mad about cats. Nor did the ancient Greeks love them: they used them for hunting mice or as food for their fighting dogs. Even the Greek Gods had no time for them and that is why these soft and furry animals have nearly no role in Greek mythology.

Many centuries ago BC Greeks went to live in Egypt and there they met a totally different House of Gods. As with the Greek Gods there used to be many Egyptian Gods and their family tree was as complicated as that of their Hellenic colleagues. Greeks arriving in Egypt must have wondered about Bastet, the popular goddess pictured as a cat or as a woman with the head of a cat: goddess of fertility and saint protector of the cats. She started her career as a goddess with a lion’s head (but because lions were rather thin on the ground and cats were very popular in Egyptian households) in the course this changed into a cats head.

After Alexander the Great conquered Egypt, Greeks kept on going to Egypt and when Alexander died, one of his generals from Macedonia took power in 305 BC: Ptolemaeus I. This was the beginning of a Greek dynasty that only ended with the death of the legendary Cleopatra in 30 BC. During this Greek reign the goddess Bastet gave way to her Greek sister Artemis, who was also a goddess of fertility, but not of cats.

There were other ancient cultures where cats were loved. In a grave from Neolithic times, 9500 BC, they found the remains of a domesticated cat. These house cats originally descended from the wild cats.

Last week the Dutch paper The Volkskrant announced that the wild cat was back in Holland. According to this article the wild cat disappeared from Holland (and from Europe) in the first century and now it suddenly is back.

I have here on the Greek island of Lesvos a garden full of ‘wild’ cats, which are of course not Felis silvestris, the official Latin name for the European wild cat. They are reverted house cats and with a little patience most of them can be easily tamed. In the summer they spread out to the different hotels and holiday houses and in the winter they come back to knock on my door for some food and some drinks.

The changeover of cats around my house is large. A few die on the street because of the fast and increasingly intense summer traffic, some die because of illness and some just disappear (maybe taken by tourists to faraway destinations). In the winter the survivors reappear. A few of them I have known for years but each year there are plenty of newcomers, most of them kittens, often just dumped on the street and they need some time to get used to my dogs and the other cats. But sometimes in the winter new adult cats may also appear. They must be attracted by the loud screaming that welcomes me when I come out of the house with the food for all my animals or they just are attracted to the pussy cats and are hoping for a date with one of the many beauties (who are nearly all sterilized).

With longing eyes they watch the amount of food and in the beginning they are not sure how to mingle into the group of hungry cats that attack the food. Most of these adult cats stay for a while, gain a place at the feeding trough, and after some time you can even caress them. Others disappear after some weeks as unexpectedly as they arrived.

One day a huge big cat appeared, one that I knew already from years of its roaming around our property. That year for some reason he decided that my food was easier than his eternal hunt for mice and he came around at dinner times. I called this enormous cat Ali Baba and it took me months to get him get used at my presence. He stayed until one night when there was a big rainfall and I never saw him again. I am still wondering if cats sometimes sleep in a hollow that can be filled up by heavy rains and possibly drown.

However, the article in the Dutch paper about the wild cat returning to the south of the country caught my attention for a different reason: the wild cat in the photograph used to illustrate the article was exactly like the cat that visited my house a little while ago. He came spying on the other cats having dinner, but was so afraid that he only approached the food when I and most of the cats were gone.

Of course it cannot have been the same cat, I mean, he cannot have been travelling as a stowaway with some tourists back to Holland. But he looked so much like the picture that I finally consulted the internet in order to know what the difference is between a wild cat and a domesticated cat. The biggest difference is in the tail. The tail of a wild cat is thick with black rings and a black tip. The nose must be of skin colour and on his back a black stripe starts behind the shoulders.

Since I now know those differences I have inspected all the cats around the house and I am sure they are all wild housecats. But that beautiful grey-brownish cat from a few weeks ago clearly knows when to disappear, because I have not see him since and I suspect he might be a real wild cat. But I cannot remember how its tail was, nor if he had a stripe on his back.

Imagine if I had seen a real Felis silvestris! I should be careful announcing this news in case my garden gets invaded by cat spotters with huge camera’s and binoculars who come to scare the cat away. According to the internet there are still plenty of wild cats in Greece, so he will not be a show case like that poor and lonely wild cat in the south of Holland.

The only thing I know for sure is that this cat might have posed for the photograph that was in the paper, so alike he was, and that he now has disappeared. Just like Ali Baba, who I used to see only in winters, he may have somewhere else, a summerhouse, and I will see him back in autumn. Now that I know what to look for I might be able identify him as a real wild cat and I will call him Silverstar and send a picture to the paper, announcing that the wild cat has been back to Lesvos!