Hunting for treasures in Limonos 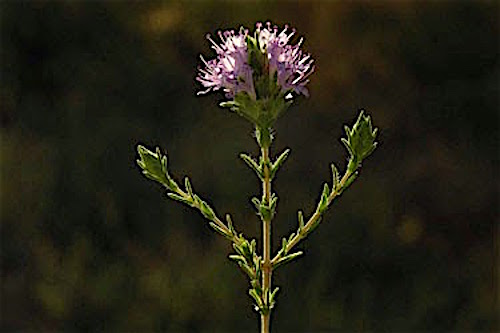 Over the last weeks, especially during the weekends, the woods of Lesvos were teeming with mushroom hunters. Even on steep slopes of the pinewoods you saw earth upturned and mushrooms thrown away, probably because they were worm infested. Mushrooming seems to be the newest craze here on the island.

An average Lesvorian only knows the pèperites (peppered milk cap; Lactarius piperatus) which grow mostly under the carpet of pine needles. They can be found in large numbers, they grow quite large and that’s why the island people cut them in pieces and then fry them. Also the ox tongue (Fistulina hepatica), a thick and tasty mushroom, canbe baked and tasteslike a steak.

I don’t know any people who use mushrooms for medical purposes, but indeed some mushrooms have healing powers. And that has been known for a really long time: Ötzi,the iceman and the oldest European mummy, who was found in 1991 in the Italian Alps, was carrying some mushrooms with him. He lived in the copper Age, many thousands of years BC (5000 – 3300). The tinder fungus he had with him probably served as a tool for making fire and it’s thought that the birch polypore he also carried was used as a medicine.

According to the ancient Egyptians, mushrooms were food for royalty, and a Hadith says that truffles were the manna that Allah sent to the Israeli people and that their juices are a medicine for the eyes. Some Lesvorians are sure that you can find this delicacy on the island, but I have never seen Lesvorian truffels, although the island still has plenty of oak trees, on whose roots truffles so like to grow.

Digging for treasures under oak trees? You don’t have to dig into the ground in order to find something valuable. The Belgian born Alain Touwaide, who works at the famous American Smithsonian Institute, is the scientific leader of the Institute for the Preservation of Medical Traditions. This institute studies traditional medicines, originating in the Mediterranean, and especially the medicine practiced in Greece by ancient wise men like Theophrastus, Aristotle and Dioscorides. Touwaideis looking for even more ancient papers containing descriptions of the old medical traditions in order to digitalize them and so preserve them for the future, which he found in the Limonos monastery near Kalloni: old scripts describing ancient and traditional ways to use herbs.

Lesvos is mostly promoted as the island of Sappho, but it also is the island of Theophrastus, known as the founder of biology; Lesvos was the island chosen by Aristotle, as the preferred area for his studies written up in his famous book Historiam animalium. Touwaide believes that Lesvos can have a meaningful part in preserving the ancient ways of healing. This big island has a very rich assortment of herbs and many of the island people still believe in their healing powers. Looking for chorta (herbs and wild vegetables) is, on Lesvos, even more popular than mushroom hunting, especially in the winter when the new plants sprout from the earth.

But here on the island, similarly to elsewhere in the world, it still remains easier to see a doctor and then the pharmacist than to go into nature looking for suitable healing herbs. Maybe the crisis is now making people return to natural herbs. Why take chemical pills for each small ailment, pills that could poison your liver or damage, who knows what, other parts in your body. I say: back to Nature that has plenty of natural remedies, back to the herbalist who has studied them, or back to the grandmothers who know the secrets of home remedies like cough syrup, calming herbal infusions, wild vegetables for when you have a puffy feeling or an ouzo for stomach pain.

Alain Touwaide is right in wanting this ancient knowledge to be preserved, after all, in earlier times people fell ill and recovered thanks to the healing herbs. Even though modern medical science can heal more ailments than the traditional herbalists, the mighty pharmaceutical industry also destroys a lot and is far too expensive.

And Lesvos? That is still the home of biology, offering plenty: from precious papers in the monasteries to a multitude of mushrooms and herbs. A paradise that, maybe because of the crisis, is rediscovering its blessings.