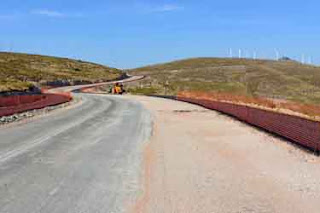 Europe in fact was born in Lebanon, on the Mediterranean Sea, in the city of Tyre, not far from the border with Israel. As Europe comes from the Middle East, I wonder why the European Union doesn’t care about the refugees (lots of them coming from Lebanon’s neighbour Syria). Daily large numbers of refugees are still reaching the shores of Lesvos (and elsewhere in Greece) and most help is still given by volunteers, amongst them tourists. The locals cannot agree upon a more human way to help them, like a local shelter at Molyvos, and – it is still illegal to provide transport to Mytilini. So still the refugees – young and old, in elegant sandals, old sport shoes and even barefoot – trudge the roads of Lesvos towards the capital, under a merciless sun.

In any case this is an unusual summer for Europe and it looks like it has forgotten where it came from. Europe was named after the daughter of Agenor, king of Tyre. Zeus fell in love with her, changed himself into a sturdy but attractive white bull, made her caress him and when she climbed on his back, he ran away, into the sea and transported her as far as Crete, where he changed back into human shape and married her. Europe was the first queen of Crete.

Zeus abducted her. But now it looks like Europe is under the spell of another god: Plutus, god of wealth and money. He must have enchanted her because Europe has changed a lot. In Dante’s Divine Comedy, Plutus guards the fourth ring of hell, where the avaricious and the prodigal have an eternal fight, doomed to start every time all over again. If Dante were to write his masterpiece in our times, I am sure he would classify the politicians as avaricious and the bankers as prodigal.

Zeus, god and master of the sun, rain, thunder and lightning is clearly not amused by the world, because even the weather in Europe is pretty upset. While in West-Europe sudden high temperatures are heating up people’s tempers, in Greece it is pleasant, and even hotheaded protesters get cooled down by a local downpour. Clouds seem to be a steady presence in the summer sky and regularly rain clouds try to attack Lesvos from Turkey, with or without a thundering sermon from Zeus. But tourists do not have to worry: the sea is warm, a refreshing breeze dominates the heat and the island is like always a great summer paradise.

But Zeus is worried and just like the nearly daily meetings of European politicians last week, Zeus now daily meets Aphrodite, goddess of love. As there is not much love left in the world, it is time that Aphrodite seduces the politicians, so that they will no longer listen to the greedy Plutus and use more humanity in their acting. The whisperings between Zeus and Aphrodite can be followed live early each night in the western sky, where they operate under their Roman names: Jupiter and Venus. These two planets are holding an emergency meeting, an event which happens only once in a decade.

I have already seen them glittering in the nocturnal sky, Venus brighter than ever next to another bright point in the air, Jupiter, and that’s with the sun not even set. The famous Star of Bethlehem was probably the phenomenon, when these two planets are seen so closely juxtaposed to each other, shining like one.

But in reality these planets will never merge, because they are about 670 millions of kilometers away from each other. That they now seem to be so close together is purely an optical illusion.

With the appearance of Jupiter and Venus still fresh in my mind yesterday I drove to Sigri, where they’re still busy changing the road. Thanks to removing the road, and widening it at other places, lots of new petrified trees have been found. The finds first get protected by a layer of plaster and in their white covers look like phalluses. But the road has had other remarkable changes since I last drove over it in spring. On some parts they have started to lay black concrete lanes, painted with bright yellow lines. Those lanes reminded me of Jupiter and Venus: they run parallel to each other but then on occasion in parts diverge. But what’s remarkable is that both lanes run along each side of the road, leaving a space between which is as wide as six lanes loaded with sand and debris!

Is there an eight-lane road coming between Sigri and Kalloni or are they going to make fancy middle banks, decorated with, for example, petrified trees? It is a big mystery to me what they want with this road. Are they hoping in the future that the Tour the France will start from Sigri and therefore are already building cycle paths or is this road getting enormous emergency lanes at both sides of the road? The best guess is that the road is prepared for the transport of the blades of the gigantic wind turbines that are planned to come in the west.

So it remains very excited what will become of this road and if the already laid concrete lanes will ever get connected. In the sky the lanes of Jupiter and Venus will widen again from after tonight (July 1st). I do hope that by then they will have reached an agreement about the future of Europe. And I do hope that Zeus will use the vindictive god Nemesis to get Europe out of the hands of Plutus, because otherwise he may have to abduct Europe again and make her Queen of Greece.