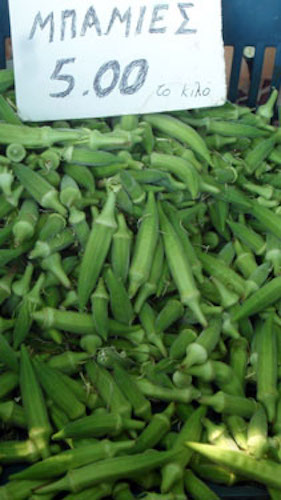 The summer is moving towards its end and still plenty of tomatoes, cucumbers, courgettes, beans and watermelons are being served. There are even beetroots still being served, that survived winter. I’m slowly starting to long for cabbages and spinach, but we have to wait for the winter for them to appear in the fields.

By the end of August I used to be fed up with tomatoes (See: Help, tomatoes!). Then the real work is about to start: preserving tomatoes. Even though you might feel as if you’ve eaten ten years’ worth of tomatoes, as soon as the first showers start encouraging the rotting process of the last tomatoes, you’ll get that feeling: gosh, where is the good old time with plenty of tomatoes?

I have to admit that I now also use a lot of tomatoes in my dishes: they are a fine seasoner. When in winter you want to make a fish soup or simply a spaghetti sauce it is handy to always have some tomato sauce in the freezer or preserved in a pot. The summer-tomato-flood invites to preserve.

In past years I have made lots of tomato sauces, in which I also put other vegetables and herbs like aubergines, paprika, courgettes, parsley and basil: whatever remained in the garden and had to be finished. But since I got a new oven in which I can bake pizza, I make a pure sauce, just tomatoes. Pizzas already have enough ingredients, so a neutral sauce is better. The taste of Greek tomatoes is so rich that when reducing them to a thick sauce and mix it smooth, just a little salt and pepper will make it into a first class tomato sauce.

One of the many Greek summer dishes with a sauce of these red rascals is Okra in Tomato Sauce (bamiès me saltsa). Okra’s are rarely available in restaurants, even that this vegetable was introduced centuries ago to the Greek kitchen. Gathering these fruits demands patience because they are at their best when they are 3 to 5 cm long and picking them is work requiring gloves, as the plant is highly allergic. This plant (Abelmoschus esculentus) often grows as long as two meters, though it belongs to the family of the low growing Malva and it has soft yellow, hibiscus-like flowers.

This vegetable is especially popular in India, Africa and in certain southern states of the United Nations. The English gave them the elegant name of Lady’s Fingers, in Spanish they have the funny sounding name of quimbombó and in Greek (and other Arabian countries) they are named bamies (which sounds a little like the Indonesian noodle dish popular in Holland: bami).

There are people who want to eat nothing else but bamies. I took a long time to appreciate them and I’m still not keen on certain dishes, like Bamies in Tomato Sauce or when combined with chicken (kotopoelo me bamies). What I don’t like is their sometimes slimy consistency. I now found on internet a recipe where for some reason or other this ‘okrian’ sliminess does not occur, so you can eat them as very tasty Lady’s fingers: filled and fried okra, a dish coming from India, served as finger food or as a starter. You make a herb mix, cut the stem and head from the bamies, make a deep cut lengthwise (be careful not to halve them!), fill the cavity with the herb mix and fry them for a few minutes in a layer of oil till they are crispy. In preparation, pray for some patience, but it’s worthwhile.