Music for those who stay home 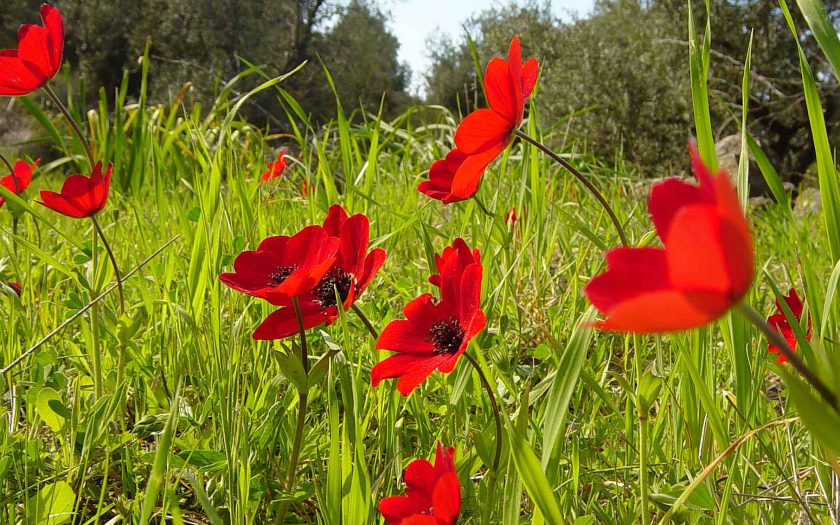 Rolling piano notes echo through my working space: Canto Ostinato from the Dutch composer Simeon ten Holt. Outside spring continues to open her beauty. I look out over fields full of colourful flowers while beyond them the Aegean Sea daydreams, today not tossed around by a cold winter wind. I remember Simeon, his watery blue eyes and his plump lips that told so many stories, mostly about freedom. His musings translated into one of the Netherlands most beautiful music pieces, a celebration for life: seducing, loosing, taking in, letting go, an eternal life that, just like the waves, keeps rolling on and off.

Canto Ostinato is a symphony of repetitions, best played on four pianos, so that the repeating sections have space to shift. Also life is a series of repeats, always slightly different, just as each year the seasons bring surprises. It is a shame that the normally hopeful spring this year has given birth to the lethal virus. Simeon, who died in 2012, would have never survived a lock down, left alone with his piano. He loved people around him, needed to be heard.

I now listen to this grand master, his tunes, his words, his ode to life. It is a comfort that this so called minimalistic music goes very well with the Greek landscape. It creeps through the high grasses, pauses at a bunch of young fresh chorta, continues rolling along to a merry blossoming cherry tree, up to a field full of blood red anemones, then rolling back, chased by one of my cats.

Although Simeon was not a real sailor, the music also goes very well along with the sea, whose repeating waves pound wildly on the coast, or nibbles softly at the beaches: an unending shifting movement. With his joie de vivre Simeon could have been a Greek – sitting on a terrace at a harbour, sipping at a glass of ouzo, looking out over the blue Aegean Sea, trying to work out the game of the sun and the water.

Long ago he was a guest on my radio program Polaroid*, where I invited music makers to present their own and their friends music. He came one week after the American/Greek singer, composer and performer Diamanda Galas enchanted my broadcast with her overwhelming, screaming voice. Diamanda surprised me by saying that she was a fan of the work of Simeon. You cannot find more different pieces of music: the meditating tunes of Simeon against the volcanic voice of Diamanda.

Diamanda, even though she was brought up in America, has the revolutionary Greek heart, born with drama in her blood. Most of her music makes you uneasy and is a harsh battle against fundamentalism, injustice and especially against the devil and the aids virus. I wouldn’t be surprised if one of these days, she again mounts the stage to give a diabolic concert with her terrifying voice against the corona virus.

Diamanda also has her reflective moments, for example, when she plays the piano. Then you will hear a faint echo of Simeon’s music. As far as I know, they never met. I should have introduced them to each other, because I am sure that Diamanda’s Greek temperament, her philosophies, her music and her fight against the evils of the world would have enchanted Simeon.

In these times meetings are forbidden. It is a strange thought that most of the people all over the world have to stay home. A new world, giving enough room for travels back into the past. Memories of a very proud Simeon, working with students of the California Institute for the Arts (CalArts) who studied – sweat and tears – to perform his Canto Ostinato. Thinking of a flamboyant Diamanda, while we had delicious Sachtertorte somewhere on a terrace high in the Austrian mountains. Those were times when you still could travel.

While the sea sings his Canto Ostinato, I embrace its tunes that bring me far off and heartwarming echoes from the past. It’s a consolation in a world of which nobody knows how crazy it will become. When my frustrations and anger start to pop up because of the forgotten refugees and the world-changing corona, I will again reach into the past, to have Diamanda’s voice cry out loud over the Greek hills. It gives relief to hear somebody raising loud her voice against our sick world.

* on pirate radio GOT, Amsterdam in the Eighties.