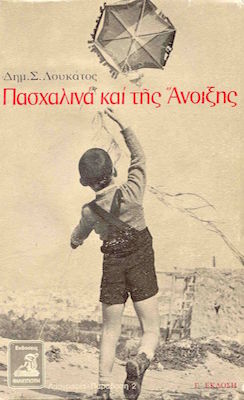 (Photo from the internet)

When I was young I used to go kite flying with my brother and friends in the sand dunes of Holland. It was a lot of fun, but we also got a lot of scratches from to the prickly bushes in which the kites used to land. I do remember that we had some with white planes and red rotating wings, but the other kinds of kite I don’t remember.

When you look for kites on the internet you will find lots of sellers. But to find a simple one in a shop is a different matter. The kite world used to be all about single-line kites, as they are called now, but now you can buy kites in all sizes and sorts, because catching the wind for flying or surfing is booming and even the simple single-line kite world has developed: just have a look at the prices they charge — up to several hundred euros.

I believe as kids we probably weren’t much good at kite flying, either that or the kites were sub-standard. All I remember is the huge amount of time we spent painfully searching for the ones that went off course and crashed in inaccessible places.

Most websites say kite flying came from China. The story goes that because it was always being blown off by the wind a farmer once tied his hat on with a length of string. Then there was the general who used one to measure the distance of a road into a city he wished to conquer. There are plenty of other stories about the military using kites in warfare: one army refused to continue fighting because the soldiers saw a shooting star that was thought to be a bad omen. The general sent up a kite with a fireball attached, the soldiers thought it was a comet (a good omen) and resumed fighting.

One website says that kite flying came from countries around the Pacific ocean where people flew them with nets and bait attached to their tails to catch fish, which seems to me a rather complicated but spectacular way of fishing.

Most websites say that at the end of the thirteenth century Marco Polo brought kites to Europe. However they already existed in Greece, as is proved by an image on a vase from the fourth century BC, on which you can see a young girl with a kite. I haven’t found any mythological stories about Greek gods flying kites, although there is the tale of Icarus, who would not listen to his father’s warning and flew too close to the sun on a pair of wings made with wax. They melted so he crashed to the earth.

Even now that we can fly around the world in metal machines, single-line kite flying is still pretty popular. In many places there are kite festivals where ever more and bigger kites are flown. In many countries kite flying on special days is a tradition, like today in Greece where it is Clean Monday (Kathara Deftera), the last day of the carnival before the beginning of Lent.

Yesterday the children of Molyvos got together to fly kites — well, mostly it was their fathers — and even though it rained in the morning and the sky was grey, the little festival was a success because a good wind took the kites way up into the clouds. Today it was more difficult because the wind grew too strong; in fact it brought a storm and freezing temperatures. Not that it stopped people from holding their carnival in the schoolyard. Even though there was no money to fund a big parade there was plenty of fun with singing, dancing, food and a bit to drink.

When the carnival event was over it was time for a proper feast and even though the economic crisis is ongoing the restaurants had plenty of custom. On Clean Monday no meat or fish is eaten, only molluscs and shellfish, of which there was plenty.

The day before yesterday a friend gave me a bag of clams and I found some other shellfish. I knew the shells as a kind of ark clams or long clam, but I had never eaten them. So I telephoned the friend who suggested I put them on the grill. Grilled shellfish? Well, in a way I was pleased because often the shellfish you get straight from the fishermen are so covered in algae and mud it is messy and hard work cleaning them for cooking. Now I only had to put them on the grill over our open fire and they opened up just like blue mussels and they had a wonderful smoky taste.

The Greeks eat shellfish raw. My stomach does not agree with that. Today I was with friends who lit the barbeque to grill some rather unorthodox meat and there was also brought a bag of shellfish: oysters, clams and small scallops all of which we grilled. They were superb. After dinner we probably bulged a little and could have done with some kite flying exercise, but the roaring wind and the cold where too extreme, so the kites were returned to their cupboards until next year. It’s a pity it’s only an annual tradition.