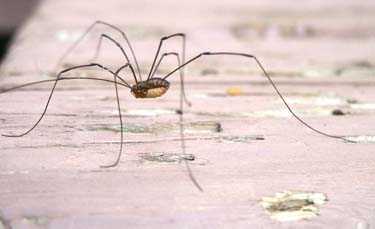 Driving around the island these days you’ll see freshly mown yellow fields sparkling brightly in the sunlight, as well as little trucks stacked high with hay bales. I don’t remember ever having seen so many of these ‘hay wagens’ on the island.  I guess this is due to the crisis: the price of cattle food has risen incredibly so it’s back to using the grasslands to produce natural cattle food.

These summer patterns in the landscape should inspire weavers to make beautiful carpets. Once there was a weaver who learned her skills from Athena. Her name was Arachne: a girl from a poor family chosen by Athena to learn how to weave. Once she perfected her skill she made the most beautiful carpets. People came to admire her talent and to ask who taught her to weave. Arachne was so pleased with her success that she took all credit to herself and did not mention Athena, claiming her talent came to her naturally. That offended Athena who visited her disguised as an old woman. Arachne didn’t want to listen to this old grandma who told her that she should be more thankful to the Gods for her skill. When finally Arachne discovered that the old woman was Athena she challenged her to see who could make the most beautiful cloth. Athena wove a story about amongst others how people had been changed into awful animals, for not showing respect to the gods. Arachne wove stories about deranged gods and gods in compromising situations. However offensive Arachne’s work was, Athena could not find fault with the weaving. She was angered nonetheless and Arachne realized how unthankful she had been. She became so desperate that she hung herself. Displeased with her death, Athena decided that Arachne should continue weaving evermore and turned her into a spider (arachne in Greek).

Spiders are weavers of excellence and, especially in autumn, when the moisture in the air decorates their webs with fine crystal tears, spiderwebs can compete with the wondrous works of Arachne. Most spiders are harmless, at least for human beings. All they catch in their webs are other insects like flies.

Most spiders are creepy to look at. I prefer to keep my distance, which is easy in the winter because – yes, they seem to hide during the cold months. Do they hibernate? They’re certainly not around. Come summertime though, all kinds of crawling and flying creatures come out again, including the spiders.

I am nearly used to the rather smaller beige spiders (probably wolf spiders) that use my terrace as a racetrack and my house for hide-and-seek, but I have never seen so many spiders fleeing my feet as in the past few weeks. They don’t look too threatening and I have even dared to have a close look at them: a small black body on very long and thin legs. If they only had an elephant trunk they would be like those high legged elephants of Salvador Dali.

The ‘creepy’ work starts just by opening the internet and looking for what kind of spiders they are. Ai, ai, ai, what a lot of creepy spiders there are! With a pounding heart I whizzed through lots of photographs, in my head knowing already what kind of spider it was: a Harvestman. Which actually is not a spider, but ‘spider–like’ in the order of arachnids.

There are as many as about 600 kinds of Harvestmen (opiliones), but the exact one flooding the island I have not determined. I think Harvestman is nice enough as a name for this creature. Harvestmen differ from spiders because they have a single oval shaped body and they do not weave webs. So you don’t have to worry about one day stepping out of your house and finding it encapsulated in a huge cobweb.

And I have to admit, Harvestmen look friendly and as soon as they hear your foot swishing through the air, they flee. So they don’t really bother you; it’s only this year’s appearance of such large numbers that is striking. They even look cute when they waddle away, trying to keep dry when I water my plants, hence giving me plenty of time to study them. It’s a pity there is not so much to say about them.